« It Feels Like Sunday Afternoon | Main | I Got Tagged »

Spare Some Change for a Retiree? 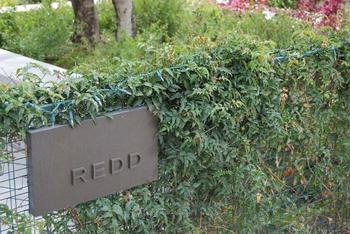 It's kind of strange being the poor person now.  And I don't mean we are poor; it's just that other people think we are poor and I don't really want to argue with them because it's cheaper that way.

Yes, we are on a fixed income now, and perhaps I say this out loud too much.  I'm not really sure why I do that; I'm not really worried about running out of money.  But it seems to have stuck in my friends' and family's minds because they all seem to be watching our pocket book for us.

I think my parents-in-law are worried that we don't have enough money to travel and buy good wine, because they have offered to take us on vacation with them, and they buy wine for us whenever we go wine tasting together.

Last year for my dad's birthday, we included gift certificates to Togo's Sandwiches with his gift, which he gave back to my husband last week to buy dinner at the hockey game.

But it all really hit home a couple of days ago when we met some friends for a really fabulous dinner in the Napa Valley at Redd.  They love food and wine, I think even more than Doug and I do.  They were pondering a couple of French Chablis options and my friend cautioned her husband to be careful because "Sydney and Doug are on a fixed income now."  I laughed because I didn't really think I would care which bottle they ordered by the time we divided up the check at the end of the night.

In the car ride home, Doug said "Wow, I've never been out to dinner where the wine choice was actually downgraded because of us!"  Up to now, we've been the ones trying to take our friends' budgets into consideration when choosing the wine.  This was the first time we've ever been on the other side of that.

I had a taste of the Chablis they chose and had actually thought it WAS the more expensive one, it was really fabulous--and I'm not generally a fan of any wine that's not red.  Doug said no, that was the cheaper one, and the one they didn't order was $178!  Wow, it would have been totally wasted on me, so I'm glad they worried about our budget.

Posted at 12:42 PM in Retirement | Permalink

Please check my blog to learn the rules and answer the questions - I would really love to read your answers.