« Retirement Into a Down Market-Part II | Main | Practical Advice for Retirement: Stock Up on Underwear »

Things I'm Learning From Retirement: Get Out of Your Routine! 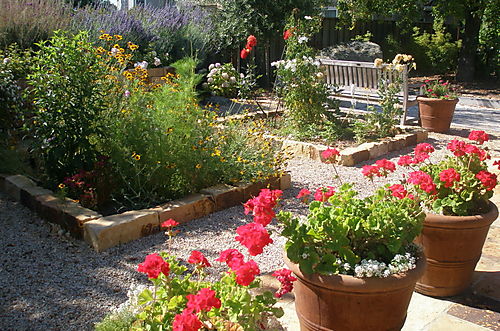 I've been retired for almost four months now and have pretty much settled into a daily routine.  Mostly that's a good thing because it means I do actually manage to make myself work out each day.  But yesterday my routine was changed because I was forced to get out of bed at the ungodly hour of 7:30 am.

The night before, I was engaged in a bit of computer rage.  Rather than take a hammer to my laptop (one friend's answer to fixing anything, "If it can't be fixed with a hammer, it can't be fixed at all."), I went on-line and booked an appointment at the Apple store.  All they had available was 9am, before the store opened. This meant I had to be up, showered, and down at the store at what I have come to believe is the crack of dawn.  It was a nice time to be at the store though, before the throngs of people descended, very quiet.  The Apple guy told me "that's because we're all out of iPhones."

I was home by 10:15 and decided to tackle the cleaning of the house.  It had been several weeks since I had cleaned, but we're having a dinner party on Sunday, and I can't let actual people see the squalor we have been living in.  (Today a friend asked me, "How often DO you clean your house?"  I said "Whenever we're having people over.")

After spending four hours (on and off) cleaning, I did also manage that workout and felt VERY good about the day's accomplishments.  I rewarded myself by pouring a glass of wine and taking my book out into the garden to read.  This is exactly what I pictured for all those years that I would be doing in retirement, but I hardly ever do it!  The weather was perfect, everything is blooming right now, and birds were singing and playing together.

After a couple hours, I came back into the house and said "this is what retirement is all about!"  What took me so long?

Posted at 08:56 AM in Retirement | Permalink

When I daydream about early retirement, I think about how nice it would be to feel balanced. I'd wake up after 8-10 hours of sleep and let my mood dictate my day. It would be amazing to have the time to cook fresh meals, exercise, and read different books on a regular basis. I imagine that my skin would look great and I wouldn't feel so aged. It's good to know that it really is like that and not one of those "the grass is greener on the other side" things.

J: Well another thing I learned is that if I didn't truly love doing something before I retired, retirement hasn't make me want to do it any more. For example, I love the IDEA of cooking wonderful meals, but really, still never have the energy (and I guess the actual desire) to cook--too many other things I'd rather do. Same with exercise, but I do make myself do that--I know I'll need that in the long run!

But you know, I think my skin DOES look better (and for sure my nails!) I wonder if it's the 9 hours of sleep each night?

Now, in my eightieth year, retired since, 1999, There some things that I miss:
like 7 hours of uninterrupted sleep and stimulating company- intelligent, challenging conversation. I would love to taste a good Burgundy and savor a chocolate dessert but I realized that sugar and alcohol are not components of a happy, healthy lifestyle for me anymore (they never really were)
Yet, I enjoy playing tennis 3 or 4 times a week and swimming a half-mile weekly. I cycle when the weather becomes bearable and enjoy the company of my children and grandchildren. I read and write and ponder.

Ned: Seems like you've earned some Burgundy and chocolate with all that tennis and swimming--go ahead! But glad you're not skimping on writing and pondering.