What's in Your Wallet? 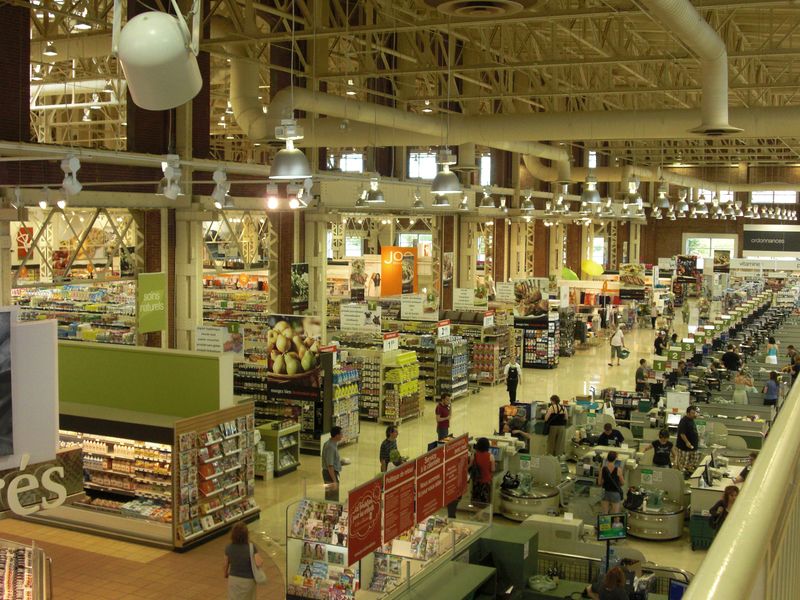 Before I retired, I toyed with the idea of getting a fun job in retirement.   Since I wouldn’t need a living wage anymore, it could be something purely for passion, like working in a wine-tasting room, or becoming a personal trainer, or starting a dog-walking business.

Besides the idea of working for fun, I’ve often considered the idea that I could probably perform some jobs a whole lot better than some of the people that I encounter doing them now.  For example, the majority of the times that I have had to call the Internal Revenue Service with a question or a problem, I wonder how on earth they could possibly train so many help-line representatives to be that amount of unhelpful.

I don’t want to single out governmental agencies, the same thought strikes me every single time I call my health insurance company about an incorrectly denied claim.  (I’m convinced that they count on most of us giving up in frustration and just footing the bill ourselves to avoid the stress of the calls.  I can feel a post coming on about that, but it will have to wait for another time.)

Because right now I’m thinking my services would be really helpful in the fraud department of my credit card company.   You may remember, it was only about a month ago that I told you of the story of the thousands of dollars of fraudulent charges for Birkenstocks and cigarette papers that my credit card company failed to notice were odd.  Over the years, they have alerted us to fraudulent charges of tiny amounts of money, so I was pretty surprised they would miss such unusually large charges.

But this week, I’ve decided they really need me to work there, or rather they need my husband.  When we got the bill this month, Doug noticed a charge at Home Depot.  That wouldn’t be that odd for us except that Doug didn’t remember going to Home Depot, and he knows I would never willingly go there.  So he looked up the store number on-line, hoping to jog his memory of a trip there.  It was a store located in Arizona.  The next charge was for a women’s clothing retailer that he knows I do not frequent, also in Arizona.

He called both Home Depot and Limited Express to see if he could get some more information.  Home Depot had nothing for him but Express looked up the reference number and could see that a physical card had been used.  Both our cards are in our possession; our card had been cloned.  They were even able to tell him the name that popped up when the card was swiped (not ours, by the way.)

So he called the credit card company, who to their credit, promptly reversed the charges, cancelled the card,  and sent us new cards (for the second time in 3 months).  He asked the agent why she thought there weren’t more fraudulent charges after that—all the subsequent charges were indeed ours.  She told him that she could see that a couple of charges had actually been rejected, as they suspected fraud, so probably the person with the cloned card just tossed it after it ran out of juice.

So what I don’t understand is, if the fraud department at the credit card company actually suspected fraud and even went so far as to deny a couple of charges, why didn’t they call us to tell us that there had been fraudulent activity?  In fact, I recall several years ago, when they suspected fraud, our card simply stopped working.  I still remember the waiter’s face when he brought back our rejected card after a lovely meal in San Francisco.  No, we didn’t have to wash dishes.

Posted at 09:23 AM in Money Mondays | Permalink

I'm hopeful that since most of our retail establishments up here are on the chip security system that these problems will go away. I never saw a single vendor down in the states this summer use chip technology though. Maybe soon.

One of my credit card companies called me last week about a suspected fraudulent charge. It was under $5.00 from a merchant I have dealings with, but not in that amount. The card company shut the card down and we are awaiting new ones. I remember reading somewhere that a credit card thief will try a small charge to see if it goes through before going for the biggies.

My major problem was not the call about the possible fraud, but that the customer service agent spoke such a horrible version of English, at such a rapid pace, I really had no idea what she was saying until more than halfway through the call. It took four attempts for me to understand "loogie" was her version of "Google."

The fact of the matter is most of those jobs sucks - would you really do any of them for 'fun'? I wouldn't.

Jacq: I don't think I even know what chip technology is? But it sounds like I want it!

Bob: That's true, the card companies are pretty clued into those series of small charges as fraud. But it seems at the expense of missing the big ones! By the way, I don't think Google would be flattered to be called loogie!

RM: No, I don't think those jobs would be fun at all, but I must admit I am very curious for an inside peek into both of those institutions, the IRS and the health insurance behemoth.

Considering the rate of unemployment in the US, I am surprised that many people with these jobs... IRS, health insurance (in this case health care providers), etc.. still have their jobs. I suspect being rude and unhelpful is irrelevant to the employer. Or when it comes to collections, encouraged! I rarely write checks any more, but checks I do write usually involve health care providers. In September, I wrote three checks to pay for some medical bills. Last week I received a "we're going to send you to collections" notice. In looking through my checkbook, I realized I had dated the checks for December instead of September. Who knows why. Anyway, I explained to the person what had happened but that, in fact, the other two checks had been cashed, no problem. Her response was that she was sure one of their very detail oriented staff noticed my error and "ripped up the check" (not shredded mind you). I said why didn't they just call me so I could re-issue the check. She let out a huge sigh and said, "we receive thousands of payments, anyway, would you like to give me a cc over the phone, or be sent to collections". The check was for $23.80. As Seth Meyers would say... REALLY?

Kari: I rest my case!

caveat emptor, translated is "it's each man for himself" said the elephant as he danced amongst the chickens. i saw a travelog tv show about paris. they said that when people greet each other with "how you doing" or "how you making out", a popular reply is," i'm defending myself". what's the last thing a referee say before a boxing match,"defend yourself at all times"

A couple of years ago, our card was "cloned" and, despite the card company's best efforts, each of three new cards issued subsequently were also frauded within days of being issued. On the last go-'round, the card number was used fraudulently before the new card even reached me in the mail!

After hours of research, we learned about the warehouses full of people with computers that exist in some of the poorest countries. The employees try random numbers until they find one that "works." They then home in on randomizing the last four numbers, then the last eight numbers. They continue to get hits because most credit card companies only change the last four numbers when they issue you a new, replacement card.

It was going to go on forever until I convinced the company to change more of the numbers on my account.

There is no way to prevent this kind of credit card fraud. You didn't lose it. Nobody "stole" your number by copying it or imprinting it. And there's no way to stop it without getting an ENTIRELY new number. Credit Card companies seem reluctant to do this because it interrupts their randomizing software operation.

Nance: That's really interesting. Gosh, if only all that energy was spent on creating a legit business. These people are working very hard, aren't they? It's the credit card companies that lose in these situations (they are absorbing all these charges), you'd think they'd want to change ALL the numbers each time if that would decrease the odds of fraud! Are they just viewing this as the cost of doing business?

The chip technology means that you have to put your PIN in when you buy something. That also means that no signature is required - not sure if that's good or bad. Almost every retailer here has switched over so maybe 2 years and you guys down there will be too. I wonder how the remote cloners get by the security code at the back to order stuff online?

I think the only way random jobs can be made fun is by doing it either temporarily (eg retail store around xmas) or for charity. I flipped burgers once at a charity event and remarked to one of my coworkers how fun it was to do it. She looked at me like I was crazy and said "clearly you've never worked in the fast food industry." Er... no. But I did wash dishes in college for awhile and it was totally fun!