Building a Relationship with Your Home Exchange Partners 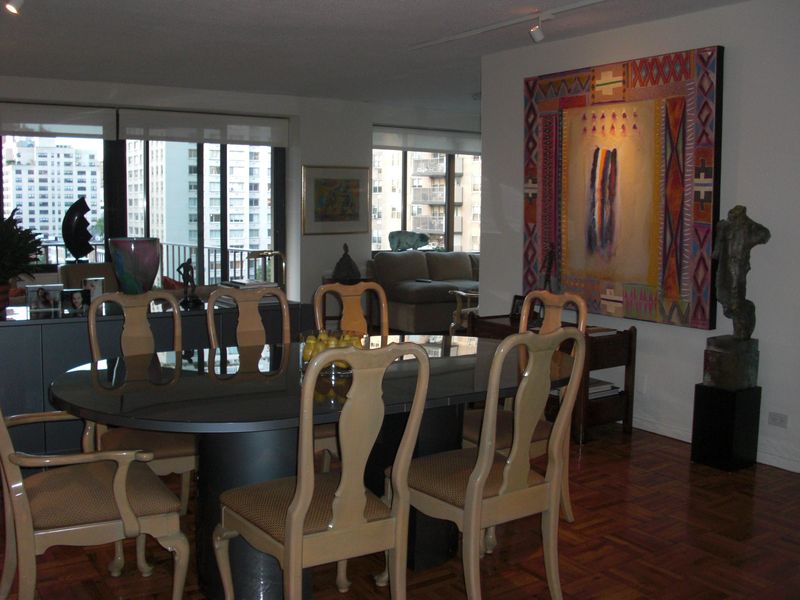 A couple of weeks ago, we had a really great time at dinner with some old friends in their beautiful home in the Seacliff neighborhood in San Francisco.  Actually, it wasn’t dinner, it was drinks, and I guess they are more of new acquaintances than old friends, and really, it wasn’t even their house.  But we did have a great time.

The old friends to whom I refer are really more like Internet friends.  We met them through home-exchange last year.  I contacted them a few years ago to see if they wanted to swap their lovely Upper East Side home in New York City with us for a month.  They declined since they already had plans that year, but said they love month-long trades and maybe next year.

A few months later they contacted us.  Their son was getting married in the Napa Valley wine country, and they wanted to come out for three weeks for the festivities.  We talked on the phone about our plans.  A few weeks later, their son and his bride-to-be, who live in San Francisco, came over for a glass of wine.  Turns out they were budding home-exchangers too.  They live in the trendy Marina district—where we’ve now spent two weekends on home-exchanges.

A few months ago, I got another hankering for NYC so I lobbed an email to my new old friends in New York.  I said I knew it was a long way off, but to keep us in mind if they were up for an exchange in summer of 2012.  I got an immediate response, their son and daughter-in-law were expecting a baby in a couple months, so they would love to set plans for a visit next year.  In the meantime, they came out this year to admire the new addition to their family, whom we also met over not-really-dinner at not-really-their-house.

Posted at 09:41 AM in Traveling Tuesdays | Permalink

I have good friends who have done home exchanges all over the US and in Europe with great success. Your situation sounds great!

My husband and I are interested in home exchange - what is a reputable company for these exchanges?

There are many reputable companies, but the one I like the most is homeexchange.com. They have the most listing (which can be cumbersome when you are searching, but provides you the most choices) and you have to pay to join. There are free sites, but I prefer people to have a little skin in the game--filters out the non-serious exchangers.

You make me want to quit work and enjoy the good life NOW! I can't wait to retire. Keep enjoying life : )

I love your statement about free home exchange websites. Our website www.homeexchange50plus.com was launched two years ago and is currently free to join, in truth to help us get established, but from Jan 2012 we will start charging and, like you, "I prefer to have a little skin in the game - filters out the non-serious exchangers.

I recommend,as I am sure you do, that all your readers consider swapping homes for a vacation, it is such a great concept.

Thanks for the tip. I've used cyberrentals and vrbo, which are not exactly the same thing, and I want to try the evergreen club. But this one looks good too.

Btw, I tried to add your site to my "More Grownup Voices" list, but for some reason it wouldn't "take." Is that b/c you're in typepad? Or is there another explanation you know of? Thx!

Just dropped in to say I liked your comment on Sightings at 60.

Nance: Oh good, someone got it! This feels like such a nice little neighborhood where you would come over here to tell me that. Thanks!