The (Half) Million Dollar Question 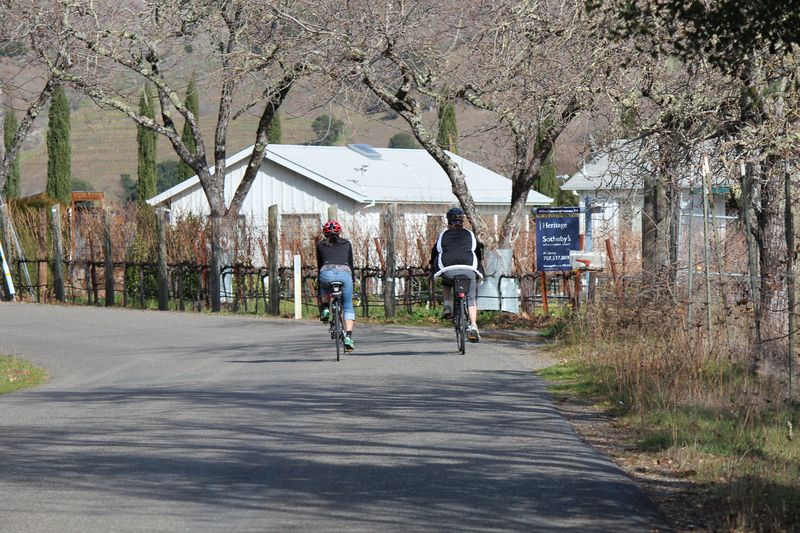 If you already had “enough” money to retire, would you work a full-time job for one more year if you could walk away with $500k from that year’s work?

I enjoyed reading all of your comments and email responses to Friday’s half-million dollar question.  As some of you pointed out, it’s obviously hard to know how you would answer a hypothetical question with so many possible variables and without really having “skin in the game.”  My initial reaction is why not try it?  If you hated it you could always quit.  But that’s not really participating in the discussion in the spirit in which the question was asked.

It’s clear that the price-point is different for different people.  A couple of you wouldn’t do it for $500k but would for a million.  I imagine others would do it for less than half a million.  A few of you are ready to start tomorrow.

Money is relative, absolute numbers don’t usually work across the board for these kinds of discussions.  My guess is there is some price point where everyone would say yes, what if I said $10 million?  Because really the question boils down to how valuable your time is to you, how much money would you need in order to to commit to giving up that valuable resource, time, to an employer?

And if you already had “enough,” what would you do with “more?”

As many of you mentioned, your time is more valuable to you than the money.  You have kids or other family members you want to spend time with.  You have travel dreams.  Or you prefer to spend your time volunteering for something you feel a calling toward.  It’s hard to imagine giving up that time for money when you might be giving up the opportunity to participate in that particular experience all together.

Happiness and the Vicious Cycle

I got an email from someone who said they would do it if it was something they were good at, “A year of failure isn’t worth any amount of money.”  A few would do it for the peace of mind that the extra monetary cushion would provide.

In another email, Cindi’s comment hit home to me: “The problem is, it's easy to say you'll do it for only one year, but then when the year is up, it's the same exact question again, and if you were willing once then you're willing to do it again.  Meanwhile if it's not what you wanted to be doing with your life, you're life is slipping by.”

The truth is, I am a sucker for appreciation.   I imagine if someone were offering me that kind of money, I would feel like they really wanted me and therefore really appreciated me.  I would likely be so flattered by the attention that I would probably do it.  But that doesn’t mean that I think that would be the right thing for me to do.

I think I would regret it.  Because it probably isn’t what I’d want to be doing with my life and I would be letting life slip by, even if it was only just a year of it.

Filling in the Blank in Retirement

What Are You Willing to Give Up?

Posted at 11:36 AM in Money Mondays | Permalink

I think the brain-teaser part of this question is that it’s really just another way of asking the holy-grail question that all readers of a blog like this are seeking to answer: How much is “Enough” (Really)…?

For instance, if you have, say $2M, then $500K would represent ~25% of your total stash, arguably enough to get your attention…

But if you have $10M, then $500K would represent "only" 5%, and is probably not enough to justify the ruining of a perfectly good year with a J.O.B.

So what this tease is really digging for is, where’s the tipping point, (the point where most people would cave and do the time)…

To answer that, I’m thinking that until you have something like $5M or $6M, a point where $500K would represent < 10%, most would begrudgingly surrender and agree to trade a year of work for the extra cushion...But for those above $5M, they would just keep the alarm clock in the trash can…..

So for all those ER’s who have less than $5M, just pray nobody offers you this deal…., and if they do, welcome to the little “trap” that all well paid execs who hate their jobs find themselves trying to transcend…., for which there is absolutely no sympathy…

P.S. Really great question, discussion (and title - which to me sounds worthy of a US News submission).

I'm going to go with "No." Regardless of how much, "No." Because at some point you have to have the conviction that you've done your due diligence, and saved enough to retire early. Or you just continue to procrastinate endlessly out of fear and end up retiring at 65 just like everyone else.

And I can't even begin to entertain "Would I do it for $10 million?" because if I go there, even briefly, then suddenly my head does a 180 and what just yesterday seemed to be more than enough in the bank, suddenly becomes not enough by comparison.

We've hit our number, we've worked hard to create a lifestyle that can be sustained within that number, we know we can be happy living within it, we have exciting plans just waiting to be initiated, and we not be getting any younger here!

If the financial world goes to heck in a hand basket at some point (or again!), and people with robust savings like us are in trouble, then I doubt any amount of money is going to be a big enough cushion. So we might as well get out now while the getting, our health, and our investments, are all still good.

Good for you, Tamara! In athletics we call this "confidence through readiness".

The core of the discussion for me is what would I have to do? If I could go back to teaching for a half million for the year .......yeah, sure I'd do it. Or even if I "had" to do stand-in romantic scenes with some of my most favorite movie starlets ...... why sure! :)

While we have been frugal and sensible and fortunate enough to have enough for our retirement needs, it would be nice to have a big chunk of money to share with needy friends, relatives and good causes.

But I guess, in this unlikely scenario of yours, teaching would be the most logical part of the fantasy. It would be quite an adventure to actually be well-paid for my teaching (sigh!).

Banjo Steve - That's such an interesting perspective...As I wrote my own comment above, I just assumed without even thinking about it, that if someone would pay you $500K net for a year of work, then its going to be painful...At least that's always been my experience in corporate America...But if they would actually pay you $500K to do something you don't hate, (and maybe even enjoy, like teaching), then it really is just sort of a no-brainer, as Syd addressees in her premise about the "spirit of the discussion" )....

And by-the-way, it's not really that unlikely of a scenario for a lot of business people who have been on the corporate tread mill for 20 or 30 years....It's actually way more common of a dilimna than you might imagine. Is "just one more year of misery" worth an incrementally more comfortable retirement?

I think the more likely $500,000 scenario for most of us is the "more-of-the-same" version. Also known as the "just-one-more-year-of-misery" version.

My husband is 56 and I noticed some age spots on his hands this morning. It just clearly reminded me that at some point our journey here will be over, and at that point the amount of money in our savings accounts will become immediately irrelevant.

yes i would do it. and after that year i would peel my wife off half and tell her shop till you drop. i'd spend my half on alcohol,drugs,wild women and gambling and if there was any left i'd squander it:) but what i would have is two years of the money i have coming in each year saved. of course i'm kidding around. ( i detest gambling) i would be no worse off (save for the random std's and a little liver damage) and i'm not into appreciation. the boss could come in every day and hit me with a rolled up newspaper and call me a different expletive every morning. maybe the question should be? What would you do for a half a million?

Good question and one which I am sure many of my clients would say yes to immediately. The reality in the UK though is the average Pension pot itself is £27,000 (approx $41,000), which you then buy an annuity with to provide your income. The only way people stand a chance these days is if they qualify for an enhanced annuity which might provide an increase of 50% on their income. Most rely on the state paying them approx $10,000 a year.

Tamara, your comment regarding the age spots made me think about my own wife and brought a tear to my eye!

Here in Australia, we usually call it "the 64,000 dollar question"...inflation perhaps..LOL

Many baby boomers nearing retirement or new retirees, have been hit hard with all the financial uncertainty. To transition into retirement today needs careful planning.

So, that question remains:"how much is really enough?"

I was just reading statistics on annuities of the baby boomers. It said that 46% of this generation and older die with less than $10,000. Further education of this topic needs to be expressed to the elder community. No one should struggle for money at that age, they have more pressing issues to deal with than to be concerned how about their financial stability. There are also scams from structured settlement buyers that present a threat to the elder community, which is a horrible act of indecency. Thank you for expressing the importance of this topic. Keep up the great work!