How Safe Do You Want to Be? 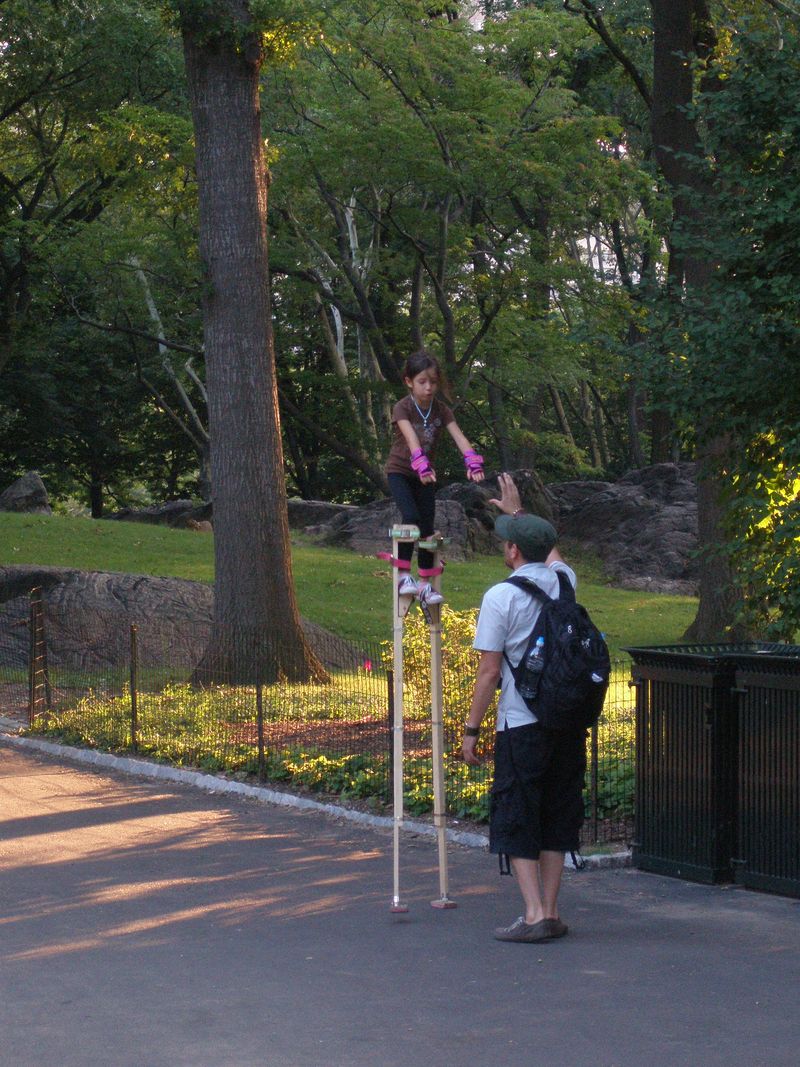 During this blog's recent discussion of "how much is enough" to safely retire, one of my readers correctly pointed out that if, instead of using a first-year withdrawal rate of 4% or 3% you used a 2.4% rate, you would be virtually assured of never running out of money over a really, really long retirement span.  A span most people wouldn’t even live all the way through.  The result over most reasonable lifespans is that you would not only die with money, you would likely die with more money than you even started with.

That is indeed a very safe approach.

When you aim for any of these first-year withdrawal rates, you can back into the amount your nest egg would need to be by dividing the withdrawal percentage into 1.  For example:

*Again, to prevent any major heart attacks, the multiple above at is the multiple of your annual retirement budget that is not already covered by other income sources like Social Security or pensions.  You just need the nest egg to support the spending that will not be covered by some other income source.  This is the portion of your retirement savings that you are ultimately responsible for.

For example, if you plan on starting out with a $50,000 spending level when you retire and your Social Security checks will total $20,000 per year, you’d need to multiply the difference, $30,000, by whatever multiple above, that achieves your desired withdrawal rate.

Clearly, the higher your multiple is, the safer you will be in retirement, and the more money you will likely leave to heirs.

For most folks though, the prospect of saving 25 or 33 times your desired spending is daunting enough.   To reach the hurdle of 42 times my retirement budget, I would have had to work many, many more years.  And what would I get out of it?  When I die, I’ll have a nest egg that could be even larger than what I began with.

Which is a problem for me, because for all those extra years on the job, I’m rewarded with a bunch of money I can’t use anymore.  Because of course, I’m dead.

If you have no kids, I assume a legacy, does not have the same appeal.

Many want their last dollar, to be spent on the gravesite!!

Very individual answer for everyone.

Personally, I have no desire to leave a million dollars to someone else!

Just wanted to say I have been enjoying these last few posts. I actually sat down and made a little spreadsheet for myself and although I am still a few years away from retirement (less than 6), I can now see that things will be ok money wise. I took a bunch of years off to stay home with my kids so now the next few years are my saving years. As long as I keep my job :-) and hubby! Thanks for the info. It is valuable. And I have already told my kids I am spending it all--but we have been giving a few money gifts so they don't have to wait like we did for that elusive inheritance.

Yes, this sounds like madness, but it's important to remember that many mutual funds, ETFs, and investment strategies have yielded 10% or above. Plus, I'm 31, so if I run out of money I can easily go back to work. In all likelihood, I will probably work part-time to supplement the investment income.

The con is obvious: high risk and a greater need to know what you're doing when investing. The pro of this approach is very enticing: the need for only 10x expenses.

It's worth it for me. If I see my assets going down, the worst case scenario is that I go back to work.

I did not calculate an actual long-term SWR when I was doing my ER spreadsheet in 2007-2008 because of my two-tiered ER plan. Because I planned to ER at age 45 (and I did, in 2008), I would not have unfettered access to a portion of my money, the IRA I rolled my 401(k) into. So, to include today's IRA's growth and gains in a SWR for the next 15 years even though I can't tap into the money yet makes no sense.

Using only my non-IRA assets in a SWR also makes no sense because that will apply only until I turn age ~60, not the rest of my life.

@Tamara: Well that's my job, to clear up confusion!

Let's say you had expenses that would not be covered by other income sources of $30,000. To get the first year withdrawal rate to equal each of these percentages it would look like this:

So the lower first year withdrawal rate you want to use (the more conservative you want to be), the higher your target nest egg will have to be to accomplish that level of conservatism.

@canadianMD, Sandy & Michael: Here's why I have loved the discussion over the last couple of weeks. It is very individual, and there are so many of you designing your own spreadsheets on your own, that's great!

Those that are more risk tolerant (Michael) are willing to use a higher starting withdrawal rate (and perhaps incorporate "plan B" if necessary down the road.) Those that are less risk-tolerant will use more conservative withdrawal rates, perhaps dying with money, but being able to sleep better at night. Leaving legacies, investing conservatively or aggressively, those are all individual tweaks to the plan for your your own risk profile.

Got it! I just ran the numbers and it looks like we can go as low as 2.5% based on our current projected annual spend, which is very reassuring. (My husband has been assuring me of same, but I appreciate the secondary supporting data!)

Thank you for going through the details.

I have spent some time figuring out w/ husband's pension, w/ husband's pension and SS. W/out either.Your charts were easy to follow and made me relax with the calculations. It works great and it seems we have saved enough---as long as he stays alive for the next seven years :>)

Otherwise, I will still be young enough to pick up work to make up the difference (after I move from this house that he adores and sell all his tools!)
Now, If I could only convince him that downsizing would be better for us now than latter!

Wow, I'm impressed that anyone can retire with a 2.4% draw on their savings. Either they're very rich or very frugal -- or both!

I'm creating a retirement budget and am trying to decide when to take Social Security, which affects our withdrawal %. Is there a study that discusses this issue specifically for early retirees and considers opportunity costs and the time value of money? I'm also interested in the reasons you decided to take SS at 70. Was the longevity/inflation insurance provided by the higher payments at 70 more important than the lower withdrawal rate and higher investment balance (until your mid 80's) provided by taking benefits at 62? I'm curious because I would have guessed you would have maximized funds and quality of life from 62 - 85 than security after age 85. Perhaps by having more security after 85 you feel more comfortable with a higher withdrawal rate now? Thank you for your wonderful blog.

@Mark J: Well luckily I don't actually have to make that decision for about 2 decades, and a lot can change by then. It depends on so many factors, whether you are married, whether you are working at all, how long you expect to live. All of these inputs can change over the coming years, so while I put it in my spreadsheet at 70, when the time comes, I certainly could come up with a different answer.

Since I don't need the money at 67 (my full-retirement age, I was born after 1960), I can earn an easy 8%/year on that for the following 3 years by waiting until age 70. That's why I put it in my spreadsheet that way. Since my spreadsheet goes to age 100, it works out to be more money over the long-term waiting until 70. At the time of the decision, it will be my goal to maximize lifetime benefits, based on whatever factors exist at the time.

I do not understand why leaving $$ to children is a good thing or an important consideration by retirees. If parents raised their kids right, the kids are financially responsible and should not expect any additional once they are adult. Yes, it is nice to receive some money, but hey, let them fend off for themselves. You, the parent/retiree, did enough for your kids. Spend you money; live rich and die poor - that's what I am going to do.

There is absolutely no way in hell that father is going to be able to catch his daughter if she were to fall backwards off those stilts.

This is GREAT information! I've never thought of only withdrawing 2.4% annually from retirement- seems like such a low number. But hey, if you can do it, do it! It is something I can aspire to.
I'm a numbers girl so seeing everything in dollars, percentages, and cents, works well for me. I appreciate everyone's input because it helps readers see the big picture.
Thanks for sharing!