« Picturing Retirement: It's My Party | Main | Thinking About You »

Will You Be Bored in Retirement? 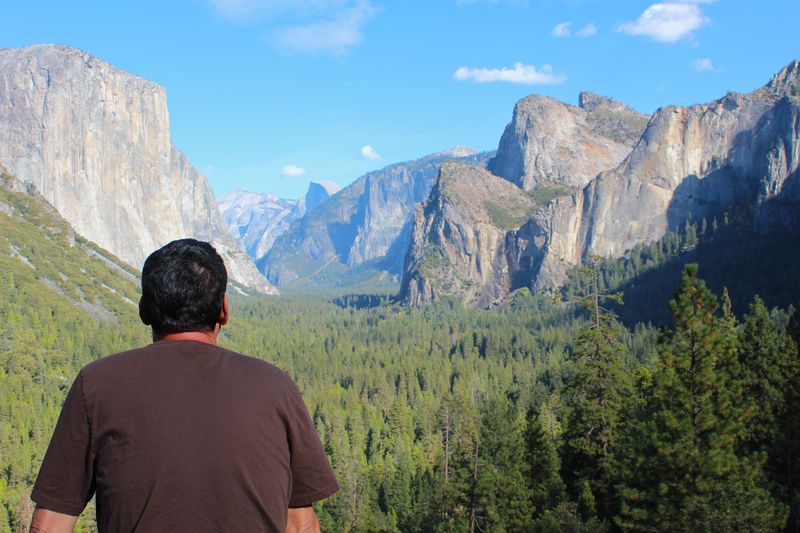 Time is a lot like money, when you spend it on one thing, that’s time you can’t spend on something else.  Which is why I think some people stress out about boredom in retirement.  It’s hard for me to identify with the idea that you can be bored in retirement.  There are so many things to do.  Things that are way more fun than going to work eight hours a day.   Which is why I don’t think the problem really is boredom, I think it’s regret.  Or shall I say preemptive regret.

The first day you wake up without a job, you are faced with an unlimited number of choices of ways to spend your time.   What's the problem with that, you ask?

At work, you have few choices.  You have stuff you have to get done, stuff your employer needs you to do.  You may get to decide the order of doing those things.  Perhaps you like to gab with your co-workers in the morning and save the hard work until after lunch.  Or maybe you like to get the tough stuff out of the way first thing in the morning so you can surf the internet a little in the afternoon.  Whatever.  You still have to get your work done, and besides balancing how long is safe to procrastinate while still managing to keep your job, you don’t have a whole lot of other choices.  Your choices in the workday are limited.

But in retirement, your choices are unlimited.  There’s not even a menu of set choices--the list is endless.  There are probably choices you aren’t even thinking of.  And when you choose to do one of them, there's something else you're not getting to do.  As one of my readers once pointed out, in retirement you get to do whatever you want, just not all at the same time.  When I first retired, I was overwhelmed by this reality, to the point that it immobilized me from making any choices at all.

That’s because it turns out we don’t like to have so many choices.

Lots of studies show this counter-intuitive fact, the most famous of which was conducted by Sheena Iyengar, Columbia University professor and author of the book, The Art of Choosing.  She set up an experiment using jams in a gourmet grocery store.  Customers were given the opportunity to taste a sample of jams.  Some were presented with 24 choices, and some with only six.  Turns out when people only had six to choose from, they were more likely to purchase a jar.

As journalist Alina Tugend writes in her New York Times article on the subject, “Research also shows that an excess of choices often leads us to be less, not more, satisfied once we actually decide. There’s often that nagging feeling we could have done better.”  Regret.

Here’s my advice:  It doesn’t matter.  Just pick one.  If, at the end of the day you are unhappy with the choice you made, guess what?  You get a whole ‘nother day tomorrow to choose something different.

Reflections on My First Year of Retirement (Part 3:  Boredom)

Posted at 09:41 AM in Retirement | Permalink

I can't agree more. Sometimes there are too many options.
I saw a tv special about Costco the other day and in there they said the same thing you did about buying jars of something. That's exactly why the choices are limited in their stores, it actually increases sales not decreases.
So we plod ahead, sometime moving forward and sometimes back, but at least we're moving.
Take care,
Dwayne

I started watercolor painting in my late forties. It opened up this desire for artistic expression. I was at a local festival with lots of artists and art forms. I remember walking up and down the aisles thinking, "I'd love to learn collage, photography, jewelry making, acrylics, potting, etc." When I got to the end, I was really depressed. I knew I didn't have enough life left to explore all those options. I agree with you, having too many options feels the same as not having enough. Since, then I’ve made peace with the commitment to nurture my artist every day and not worry about the what.

I'm with you Syd - just pick something already! If it doesn't hold your interest move on to something else. Life is too short to sit around fretting that you might not choose the right thing.

I choose things that are typically short term. Right now I am involved in a 7 month gardening project - it is the longest commitment I have made in the past 6 years. Stay tuned...

Having a happy and fulfilling retirement is a choice. You can just sit down the whole day in your house doing nothing, or pack up a travelling bag and go somewhere else - it’s all up to you. Here’s a tip to make your retirement a happy one. List down all the things you haven’t done or experienced in your entire life, and then explore those things. Believe me, you’ll find out more things about yourself that way.

I am so much more busy now that I don't have a full time job. Check out my schedule.
http://retireby40.org/2012/10/3-months-retirement-update/
I'm getting less sleep than ever and that's not good. At least I'm feeling much better physically and mentally so that's good.

Joe: Well you retired to a more than full-time project--chasing a toddler around! I myself get more sleep than I did when I was working (and usually an afternoon nap), but I know you're blogging while your son naps instead of taking advantage of a little nap time yourself!

Great post Syd. I think retirement is about choice. Today I chose to explore/map some new trails on my mountain bike and meet my wife and daughter for a nice latte. After uploading my new trails I recommissioned the air conditioner on the roof for summer, replaced some broken tiles, and cleaned leaves from the gutter for bushfire season.
So the ride and the coffee where good fun. The chores not so much but I got to choose what I did and when. So good. Just like now, glass of wine in hand at end of the day, catching up on emails etc.

Only times I've been bored were at school or work.