« How You Know that You've Found Your Passion | Main | Retirement Version 4.0 »

Finding a New Identity in Retirement 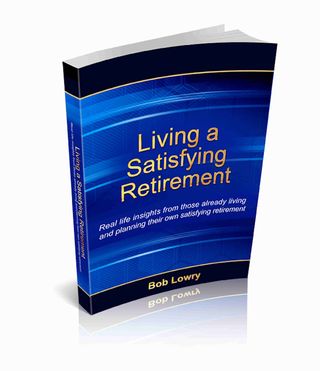 One of the tricky adjustments in retirement is figuring out your new identity.  I call it the cocktail party dilemma.  You meet someone new at a cocktail party, and one of the first questions they ask you is what you do.  And by “do,” they usually mean your job, not “do” like piano and blogging, unless of course you play at nightclubs or blog for the Huffington Post.

While I wasn’t really too attached to my accountant identity, it was a thread with which to weave a conversation.  And even though that conversation might eventually stretch into non-work related topics, that starter was useful fuel in launching most cocktail party chatter.

After I retired, I found that telling people I was retired didn’t have the same effect of propelling the conversation forward.  I think that retiring right into a huge recession might have had something to do with that.  Perhaps some people thought “retired” was a euphemism for out of work, and were concerned about how to tiptoe around that possibility.  Other people responded by asking what I did all day, usually accompanied with the assertion that they would die of boredom if they retired.  And to be fair, when you list out what you can recall that you actually “do” all day, it does sound kind of boring.

But Bob Lowry recently made me realize that I now have solid credentials for a new identity.  After five years of retirement, at the next cocktail party I attend, I think I can safely call myself a professional retiree.  Not only have I spent all these years blogging here about retirement, I’ve blogged about it for U.S. News & World Report, as well as a few other finance blogs.   I’ve enjoyed contributing content to magazines and blogs, and to a book called “65 Things to Do When You Retire.”

In my role as professional retiree, I was interviewed for Laura Vanderkam’s book, “All the Money in the World,” and for one of her Fortune magazine articles, and then most recently for a post at Free Money Finance.   I was even on the radio a couple of times.

But back to Bob Lowry.  He just published an eBook, “Living a Satisfying Retirement,” in which he interviews a bunch of retirees about our experiences in retirement.  Although as far as actual identities go, ours are all changed in the book.  But if you’re a regular reader of the blogs listed in the back of the book, you’ll find it pretty easy to figure out who’s who.  And since I’m embracing my new identity as a professional retiree, I’ll save you the guessing:  I’m “Shirley L.”

It’s a great read even for a “professional” like myself.  There are so many responses that I can totally relate to, like “Gail P’s” least favorite part of retirement, “Still only having 24 hours in a day.  That was a big surprise to me and I still feel cheated.”

I love “Roger W’s” advice to new retirees to “Go with the flow.  Don’t think that you can, or have to figure it all out ahead of time.  You will become a different person in retirement than you ever imagined, but the amazing thing is that the person you become will be pretty much up to you.”

Bob also included some not-yet-retirees in his book.  I was surprised to read that for most pre-retirees, their target retirement date has not been affected by the recession, although financial concerns did loom fairly large.  And I’m happy to read the last question, “What is the one question you’d like a retired person to answer for you?” because it gives me plenty of new ideas to blog about!

It’s Not Losing and Identity, It’s Gaining a Chance to Create a New One

Discovering Who I Am Without Work

Reflections on My First Year of Retirement (Part Two:  Loss of Identity)

Yeah, Syd you echo many of my feelings about retirement and I will let you know that I am Roger W. Thanks for the compliment of using some of my words here. It took a couple of years and then some to find out just who I was as a retired person. That journey was frustrating at times as I occasionally just felt lost. But it felt great that I was the person to make the final decisions.

I have been retired from corporate life for thirteen years now and I am still evolving as a professional retiree. I, like you, am just a person who believes that we must never quit growing, even in our senior years.

I retired at 52 and when I told one of my friends that I'm retired, she said "Oh, did they have a downsizing where you work?" I had to explain that I actually quit my job and that there were no layoffs. It's funny what people assume.

What a nice way to start my Friday morning, with such a solid overview of my book. Thank you, Syd.

My blog is doing decently because one person, early on, read and wrote about it and listed it on her blogroll. That person was you, Syd.

Satisfying Retirement began its life with your endorsement and for that I will be eternally grateful. You are a professional retiree and a first rate blogger.

Bob: And look at you now, two books under your belt, a feature in Money magazine, and a wonderful blog. You've done me proud!

RJ: I thought I recognized that voice, wise words.

rjack: It does kind of take the wind out of your sails, doesn't it? But I guess the alternative, that you've accomplished something out of the ordinary just seems too far fetched.

I found that travel helped me to find my identity, after I retired early.

Kelly: Travel does have a way of putting you in touch with an Aha! or two, doesn't it?

I've found a "new" identity in retirement as a solo hiker and a personal finance blogger. Well, not so much new as recycled. My ex-job involved huge amounts of writing (proposals, reviews, publications), and back then I was very much into group backpacking. So that recycling of my former activities has worked very well for me. If it's sunny, I hike. If it's not, I blog. No boredom in retirement here!