« What's on Your Bucket List? | Main | Finding a New Identity in Retirement »

How You Know that You've Found Your Passion 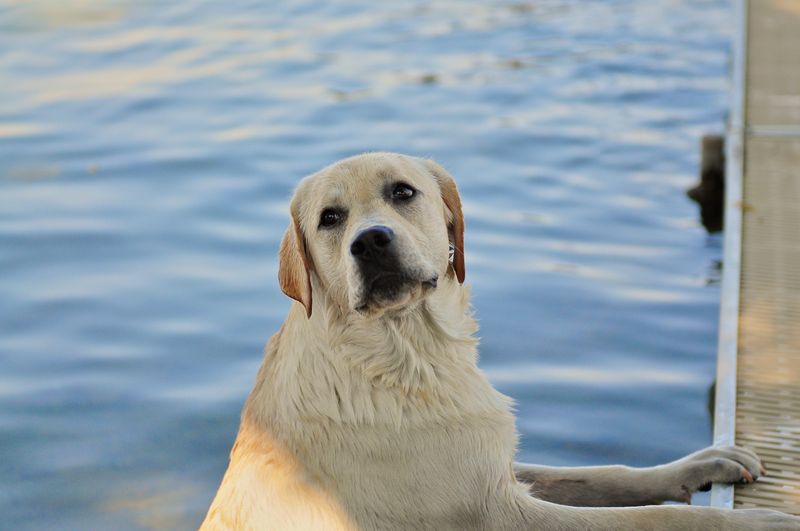 I was in Hawaii last week, don’t ask, it rained almost the whole time.  It was still fun because we were there with fun friends.  We all made the best of it.  But part of me did wonder why I was spending so much money to be somewhere else when the weather was so much better back at home.

It used to be that the only part of traveling that I didn’t like was that I missed my doggy back home.  I worried about her.  Oh and guilt, I had much of that too, worry and guilt.  Toward the end of those past trips, I got more and more anxious to get back home to make sure she was ok.  I was always so happy to see that everything was fine when I got home.  Although after greeting me joyfully, she would catch herself and move to ignoring me for several hours just to remind me how mad she was that we left her.  I did mention the guilt, right?  Those Beagles are clever.

I have to admit that trips have been much more enjoyable over the last several years since we haven’t had a furry friend back home to worry about.  Even though our days back home outnumber those on the road, this has been my biggest hurdle to adopting another dog.

But on this trip, I had another yearning for home, even before it started raining.  I missed my piano.  Really, I had piano withdrawals.  So I downloaded “Music Theory for Dummies” onto my iPad so I could still do something that felt like learning the piano.  That made it worse.  I just wanted to practice everything I was learning about building chords.  To hear what some of the minor scales sounded like on the piano, I used Garage Band on my computer.   Since I’ve been home, I’ve been practicing about three or four hours a day.  It’s all I want to do.

So now I’m thinking that my passion for travel has been overtaken by my passion for piano.  And if I’m not as hot on travel anymore, if I just want to be home with my piano, then maybe it’s ok to get a dog too.

I guess I'll have more time to reflect on which passions pull hardest when we spend a month in New York this summer.  But in the meantime, a reader sent me this picture of his best friend.  I know, who could resist that face, right?  So yes, it is making me seriously consider his advice to just "get the puppy!"

What Five Things Make You Most Happy (and Why Aren't You Doing Them?)

Be ready when Google’s feed reader shuts down.  Subscribe by email—it’s free!

(Photo credit:  Thanks to Kirk B. for the temptation!)

Adding Bailey, a cocker spaniel, to our life about 14 months ago has been a tremendous move. Yes, she complicates things a bit, wakes us up much too early in the morning, and barks at nothing a lot. But, her love and greeting when we come home, even if only gone for 30 minutes, is worth it all.

Four hours a day of piano? I envy you that fire. I've been struggling with motivation to play my guitar even though I enjoy it when I make the time.

Our passions do change over time, but isn't that one of the great things about retirement? We have the freedom to explore and feed those passions...until they cool and are replaced by something else.

It's like Dorothy said,"There's no place like home." It's like William Randolph Hurst said,"Give me a picture of baby a pretty girl and a dog and i'll sell papers." Well you sold me on that lab, what a charmer. I'd like a dog but I got two feral cats and the one is inbred! six toes. They would hurt a dog. I couldn't get them to play with me if tie a pork chop around my neck but their no bother and they amuse me. Pray tell when you say your going to New York you don't mean the city? I mean in THE SUMMER.

Wow, you must really love playing the piano if you like it more than traveling. Good for you!

Bob: I think that's the main thing to keep in mind, that your passions change over time. The key is not to fight it, just go with it. Then you're always doing the thing you really want to be doing. Seems so logical, but yet it's sometimes hard to let go of the older passions.

fred: I think I am the ONLY one on the planet that absolutely loves Manhattan in August. Sticky during the day, but the nights are so wonderful. And that's when NYC is at it's best anyway, in my humble opinion. Outdoor music, movies in the parks, and all that wonderful jazz. One year we went in May and hated it, go figure . . .

Tom: Maybe it will swing around again someday. That's what worries me about getting a dog, what if the lust for travel returns? Dogs are a long commitment!

Thanks for sharing your perspective.
It's great that you love playing piano so much. Priority changes and we just have to find ways to adapt. Traveling is a lot of fun, but maybe you just need a little break? Too much of a good thing.
I think you should go ahead and get a dog too.

There are times when I travel that I want to paint. Yes, there are people who sketch and, but I've never done that. I love to take photography and will know sometimes these photos will be future paintings.

Cathy: Well, my husband has come up with an excellent solution for our next trip, kind of having my cake and eating it too. Since we'll be in New York for almost a month, I might just rent a keyboard (with headphones of course!) for that stay. I have a feeling, listening to all that great NYC jazz will be a continual inspiration that I'll want to be acting on!

Dogs are definitely a commitment. I want to travel, but I hate to leave the beagles behind (we have 3 of them), so if they don't go, we don't go.

An RV does have its appeal at times, that's for sure!

Syd,this might be a wild idea, but-- my piano teacher of times gone by "had" to spend a month in Aspen with her family during the holidays one year..she and hubby had rented a condo.She had a recital to prepare for.She rented a piano for a month!!!!! Now,NYC might be another story, it is entirely possible there will be no room for your suitcase, never mind a piano in your rental.. but a thought..

Love your discussion of allowing expression of all one's passions.I think it was Walk Whitman who said "I am large,I contain multitudes!!"

Thanks for your thoughtful posts!!

Great pic, looks like the dog is playing the piano.

Accidental Retiree: That is the problem! I admit my dog was a big part of my decision years ago to buy a vacation cottage. That's one way to go away with your dog! Obviously a kennel would be a lot cheaper.

Madeline: I don't think that's wild at all. I would totally do it if it weren't an apartment with many, many neighbors that I would drive insane with my practicing. I'm thinking of renting a keyboard with earphones. Then only I have to hear it.

Thanks for your thoughtful comments!

JF: That's funny, it does! I reminds me of a recent photo taken of me while at my parents house for dinner. My dad had jazz playing on the stereo, and in the photo that my step-mom shot, my hands are "playing" the dinner table along with the music!

Sometimes it is hard to just go on vacation and forget about the worries of home. Soon after arriving home, you long to be on vacation again. Such is life.