Why I Love New Yorkers 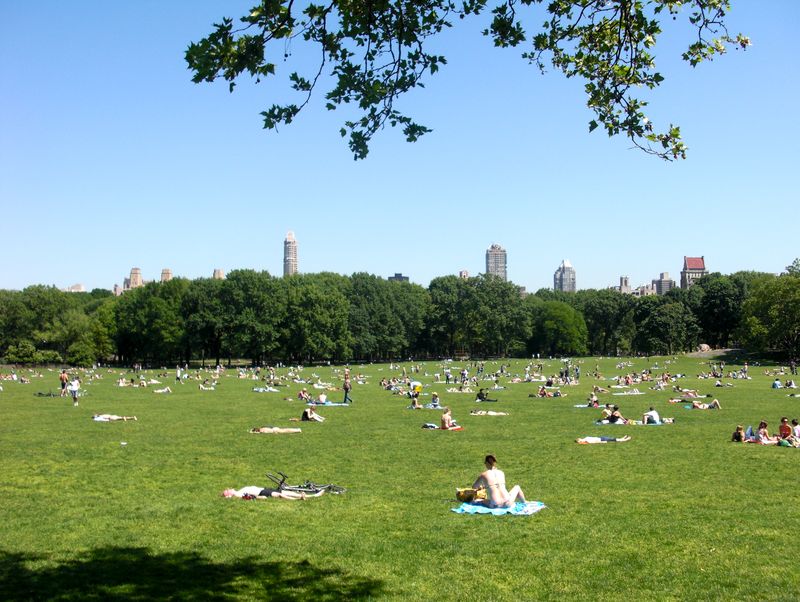 It’s not just New York I love; I also love New Yorkers.  They get involved, they help, they tell you exactly what they think.  It’s that last part that some people mistake for rudeness.  That’s a total misconception though, except in the case of the gatekeepers of hip restaurants.

On one of our visits several years ago, we took my friend Vicki to Ellis Island.  We hopped on the subway to South Ferry.  At each stop along the way, the conductor made an announcement, “For all passengers going to South Ferry, grschs flrrsch ssshhwwwr grch schh schhr cschr.” By the third stop, Vicki cracked the code and translated for us.  If we were getting out at South Ferry, we needed to be in one of the first three cars.

We spent the next stretch of the ride debating whether or not we were indeed in one of the first three cars.  Now I’m just telling you that in California, when you hear tourists trying to figure something out, you don’t usually jump in unless they ask.  You pretend that you don’t hear them.  You think it’s rude to eavesdrop.

But in New York City, perhaps because people are living life right up against one another, they operate under no such charade.  The red-heeled woman a few seats down, leaned over her Coach bag and said, “You’re not in one of the first three cars.  Get out at the next stop and move down two cars.”

Yesterday on the subway, I heard someone saying “Spring Street.”  But I didn’t know who said it.  I did know that we were on an express that didn’t stop at Spring Street, but I wasn’t sure whom to warn.  I was willing to be a New Yorker and butt in.  At 14th Street, I looked around, hoping that someone would ask the question so I could know exactly who needed my help.

Instead, the guy standing in front of me turned to a group of what sounded like German tourists and said, “Are you looking for Spring Street?” They all nodded.  “Get out here, take that train across the platform.  This one doesn’t stop at Spring.”

They rushed off, thanking him.  I know they didn’t think he was rude for eavesdropping.

The day before that we were walking up Lexington right behind a white-haired woman holding a large pizza box with both hands.  A young, 20-something gal was walking toward her.  Pizza lady asked her to scooch up one of the straps of her purse that was sliding down her arm.  Both her hands were occupied with that pizza box. Twenty-something replaced the purse strap to its proper position and both went on their way, barely missing a step.

Yesterday, we took our friends for a walk across the Brooklyn Bridge.  Strolling the Brooklyn Heights Promenade, we admired all the cute dogs, along with our view of the Manhattan skyline across the East River.  A one-year-old Basset Hound named Scallop was rebelling.  Her owner seemed to want to walk, but Scallop preferred to sit.  That gave us a chance to give Scallop some lovin' while we chatted with her owner.

Across the path there were two ladies sitting on a bench with what looked like a white Lab/Beagle mix.  I wondered aloud what kind of dog that was as my friend Mike was already beelining over there to ask her owners.

Turns out they were not her owners; she was a stray they had just found wandering around on her own.  They were waiting for another friend they had just called to come with a leash so they could walk the dog over to the local vet.  She had a collar and tag, but only with the vet’s office information, not with her owner’s number.  Plus something was wrong with her eye, maybe an infection or something.  They speculated that she had been living on the street for some time.  Mike told them how great it was that they were taking the time to rescue the dog, and they said how much they appreciated his appreciation.

I sure hope that story has a happy ending.

I’ve seen people jump in to help strangers lug their bags up stairs.  I’ve watched as the toughest looking guy covered in tattoos jumped up to yield his seat to a pregnant woman on the subway.  I’ve seen people that look like they don’t have very much themselves reach in their pockets to give money to a homeless person.  Sure, I’ve seen plenty of not-so-nice stuff, but for the most part what I see from New Yorkers warms my heart.

Where to Live in Retirement

New Yorkers have been through a lot, (9/11, terror bombings, massive power outages, Hurricane Sandy to name a few). We've learned that we have to help each other out. And we should be very courteous to tourists.

When I am outside of NYC, I am often criticized for my no-nonsense, tell-it-like-it-is approach to life. As New Yawkers, we have no time to pussy foot around. Life is serious here. Only another fellow New Yorker would know this.

Except, when I traveled throughout Europe, I simply told people I met, I was a New Yorker (not an American). They completely understood.

I have to agree.New Yorkers are great! I lived Back East (Philly) in my early years, have been here in the great Southwest for 30 years now. Sometimes I miss the easy camaraderie of being on the streets with the city folk!! Well, not too much,I DO love the West.

We visited NYC 2 years ago and spent time in Harlem.. now THAT'S where I'd live if I lived in NYC..vibrant! colorful! GREAT library..

Yes, New York is a place anyone will fit right in, no worry about the details ..

I still haven't been to NYC. :( We'll take the kid someday soon.
We are very helpful in Portland too. Tourists get all kind of help when they are trying to figure out the public transit. Maybe it's the urban environment?

RB40: The difference is that tourist expect people to be nice in Portland. New Yorkers have a reputation for being rude, totally unfounded in my humble opinion.

Thanks for sharing the good stuff, Syd! We are bombarded too many times with the negative. Your post definitely warms the heart!

Loved this post and the differences in the way we perceive things from coast to coast as well as all over different parts of our own country!

Being from jersey ( six miles from atlantic city and no i don't go there) some of my best friends are new yorkers. their fun to tease and have great senses of humor. but i know that when your up in their turf,if you need direction you don't walk up to them and say,hello,how you doing or excuse me they'll push you out of the way cause they don't know what you want. You just blurt out where you want to go or what your lookin for and you'll get a half a dozen of them helpin you out and at lest one or two will tell you the best place to eat when you get there. Syd you haven't been to new york till you been there on BLACK FRIDAY!!!!!! if you do it once, you'll never want to do it again. Madeline: being from south jersey if been to Philly:) yea i spend a week there one day.