« Have Miles, Will Travel | Main | Save More So You Can Splurge More » 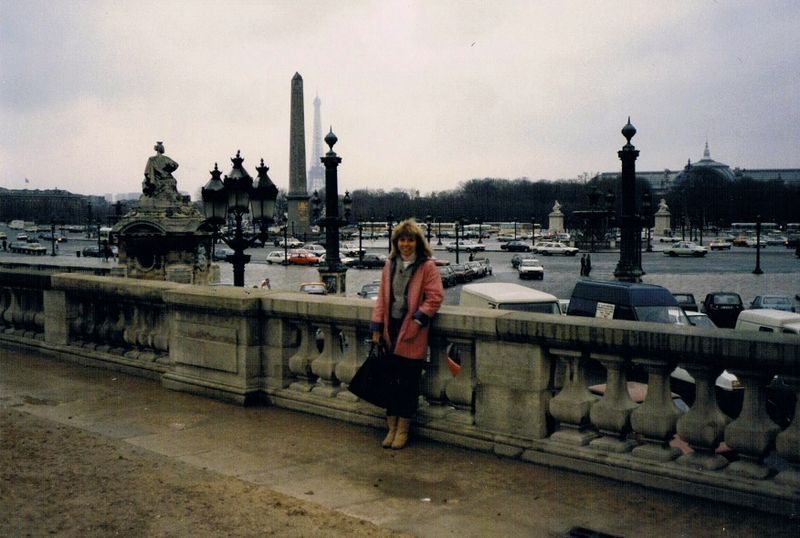 Putting together all that information for my post yesterday about the frequent flyer miles totally shocked me.  Not just because I hadn’t really realized how much free travel we’ve managed over the last six years.  But also because that list didn’t even include the flights we did pay for like an all-inclusive trip to Cabo, two package deals to Hawaii, and a several other trips down to LA and to Vegas.  I never would have guessed we went on that many trips!

The other thing I realized, is somewhere during this travel frenzy, I stopped hating flying.

My family didn’t fly much when I was a kid.  In fact, I can only remember one flight in high-school when a friend of mine moved to Maui and I went with her family for a visit while they all settled in to their new house.

We had relatives in Texas—I think we must have flown a few times—but I only remember driving there and camping along the way.

I went on my first long flight alone when I was in college.  Two of my friends were studying abroad and I went out to see one in Madrid and the other in Paris on my winter break.  I do remember that I loved that flight.  I sat next to a really nice woman that was traveling to Madrid on business.  I enjoyed talking with her so much, and the trip made me feel really grown up, off on my own--flying to Europe.

Somewhere along the way in my adulthood though, I started to hate flying.  Not because of the hassle—it didn’t used to be such a hassle.  It was because I started to fear takeoffs and landings.  And turbulence.  I had to concentrate, without anyone talking to me, while the plane took off and landed.  As if my concentration helped get that big machine off the ground.

I didn’t really realize it until my post yesterday that I am so much more comfortable with flying now.  Maybe it’s because I fly more frequently than when I was working.  I’ve just gotten used to it.  I take it for granted that everything will be ok.  I don’t even need to help the pilot take off and land anymore.  Although I still do get very nervous during turbulence, which I don’t encounter very often.

In fact, the only part I hate about flying now is being required to take off my shoes to walk through security.  I don’t mind the physical act of taking off my shoes.  I mind the walking on that dirty floor without my shoes on.  I think that phobia is a carryover from my childhood.  My mother used to make me keep my shoes on when trying clothes on in dressing rooms.  You didn’t know what kind of germs were on the floor from other people’s feet, she warned.  But I guess this isn't a real thing if mothers everywhere aren't protesting the TSA shoe thing.

Even that hasn’t been so bad lately.  The last several times I’ve flown, I’ve been allowed in the TSA “pre-clear” line, allowing me to keep both my shoes and jacket on.

Anyway, I was surprised to see how far I’ve come over the years.  Not just physically traveling far, but conquering my fear of flying at the same time.

The Full-Time Job of Retirement Travel

You can apply for TSA Pre-Check for $85. That way you can always avoid taking your shoes off at the airport. :-) For $15 more, you can apply for Global Entry (Pre-Check is included), which allows expedited processing through US Customs. I recently got it and love it.

I so envy you. I hate to fly and have pretty much decided that it it's not over open water I won't do it any more. but I spent ten years taking 13 hour flights from Germany to Denver, so I'm sticking to drive and enjoy unless it's Hawaii or Grand cayman.

Savvy: You are just a wealth of great information this week!

Barb: Whenever we have to drive somewhere, my husband and I argue about who has to do do it (not who gets to do it.) So while we'd both like to do driving trips, we both want to be the passenger. So not much more appealing to us than flying.

It might surprise you to know that I have a pretty severe case of flying anxiety myself, that has unfortunately, NOT gotten better over the years. After trying all kinds of things, including self hypnosis, I finally gave up and got a prescription for anti-anxiety medication from my doctor. Since I only take it when we fly, it works like a charm, putting me right to sleep for about five hours at a time.

In the absence of my little happy pills, a couple of stiff drinks just prior to boarding will do the job as well.

Bottom line is I'm not going to stop flying, because the whole world is waiting exploration, so I'm thankful to have discovered an effective work around.

I always loved to fly until our plane hit a flock of birds two hours from Honolulu. Yowza! The best thing is that I learned how skilled pilots can be and now thank them for driving safely with me in the back.

I fly a great deal- mostly to DC to see our daughter's family. Once I hit "gold" on American I got the "pre-check" thing as well. What a bonus!

Good for you. I WISH I could get over my flying phobia, but for me it has gotten worse with age. Like Tamara, the only way you'll get me on a plane these days is to pump me full of anti-anxiety drugs (alcohol doesn't work for me ... I tried it a couple of times before I got on the drugs.) And I have to say, Malaysian flight 370 doesn't help!

Tom: I know, I've been watching way too much of the Plane Channel (CNN) these days.

I think my 3 year old is granting me the pre-clear status these days. :) It's nice. He is a good flyer and I'm really glad. We'll fly to Hawaii next month so that's a longer flight. Hopefully he'll be fine.

I flew a lot as a child and am definitely more fearful now - I don't remember ever being afraid as a child. It may be the 9/11 effect. :-( Take-offs, landings, and turbulence - also scary.

My wife is a white-knuckle flyer (also takeoffs, turbulence, landings), same as you once were. It find it kind of amusing. For me, there's not a damn thing I can do about flying the plane, so if it's my day to crash, so be it. Just booked a trip for us to Roatan in a couple months. Can't wait!

I've gone the other way. In the '70s I used to pick routes with lots of take-offs and landings. At the time I was also flying sailplanes (lots of fun) and single engine airplanes (much less fun, too rigid in procedures). Spending so much time in sailplanes circling in thermals, turbulence doesn't bother me at all.

But over the years I've become less comfortable in the "back of the bus" on airliners even though I know that the pilots are vastly better than I ever was. A couple of high profile crashes didn't help, one of which I saw the smoke cloud as I was bicycling to work. Now I try to stay on the ground as much as possible. But I am being forced by family obligations to make an Alaska trip this summer, during the heart of fire season here, which is an additional concern. And I have to get a passport because the cruise part of the trip leaves from Vancouver BC. I've been to Alaska a number of times since my parents lived there for many years, so there isn't much novelty.

Unlike you Syd, I hate to travel. My retirement strategy was to move to the place I most wanted to travel to. Done. I'd rather leave travel to those who enjoy it. One advantage of not having travel as a hobby is that it makes retirement much less expensive; I've long thought that travel was just about the most expensive retirement hobby one could have. My hobbies are much less expensive.

I was amused by your shoe story. I grew up in Hawai'i and didn't wear shoes until I moved to frigid Northern California (Tiburon) at age 9½. For some reason they require shoes in school in California. Go figure.

DGP: I hope someday I'll be sick of travel--then I can go ahead and get a doggy!

On the shoes--I never have trouble going barefoot on the beach!

Syd, You're right about the dog. One reason I don't like to travel is that I worry about my cat the whole time I am gone, even though I know she is being well cared for by neighbors. Not having pets makes it a lot easier to be away from home IME.

Syd, my husband and I have been early retired world wanderers for a few years and I kind of dread going back to the states because it's one of the only places where we have to take off our shoes for security (I think the other country was Nepal). Oh, and careful of the Vietnamese coffee - just a wee bit strong!

Hi Syd, when you and your husband have separate miles to use, do you link your reservation? I was on Flyertalk and I read that some people make the reservations, then call the airline to link them. I just want to make sure that my husband and I don't get separated on our flights. I love reading about all the miles you've gotten.

Vicki: When we make our reservations, we usually "buy" both tickets from the same frequent flyer account. (Doug has most of the miles in his account, as we use his cards for most our purchases.) Then we select the seats at the time of booking so we are sitting together. Even in the rare cases where we are each booking a flight from our individual accounts, we still do it together and choose seats next to each other. (Although they are not "linked" reservations, but I'm not sure that really matters?)

When we just booked this flight to Asia, we were worried that if we booked them separately, one of us might not get the flight at all (there are limited number of seats available for frequent flyer miles). So we paid a small amount of money to transfer some of my miles to Doug's account to top off his account so that it would have enough in there to book both our flights at the same time through his account.

I see. Thank you! That's helpful to know.