« Until My Fingers and Toes are Wrinkled | Main | What's Your Rate of Return? » 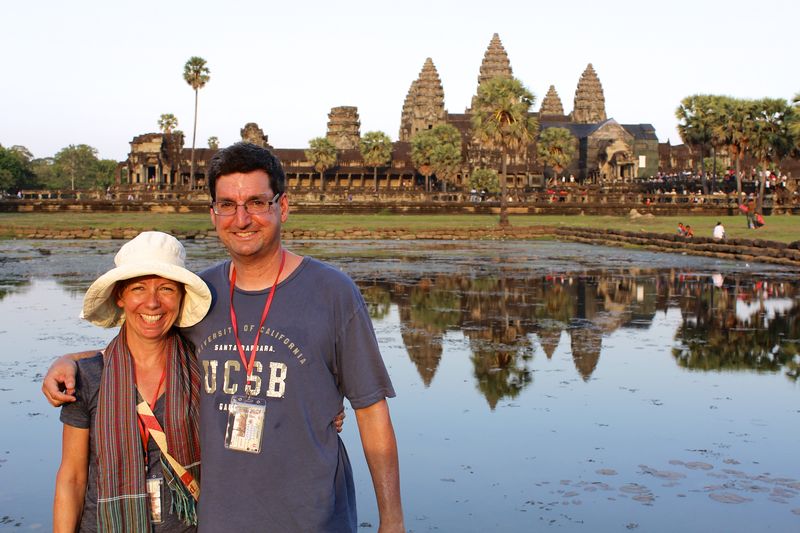 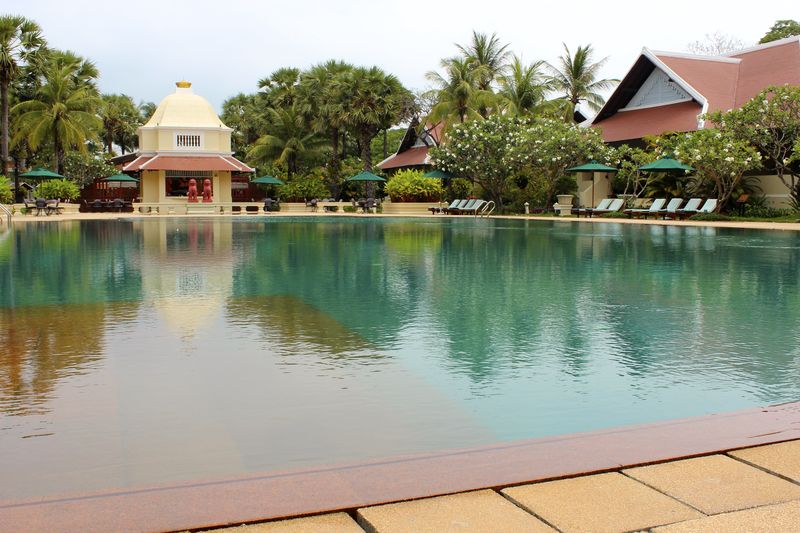 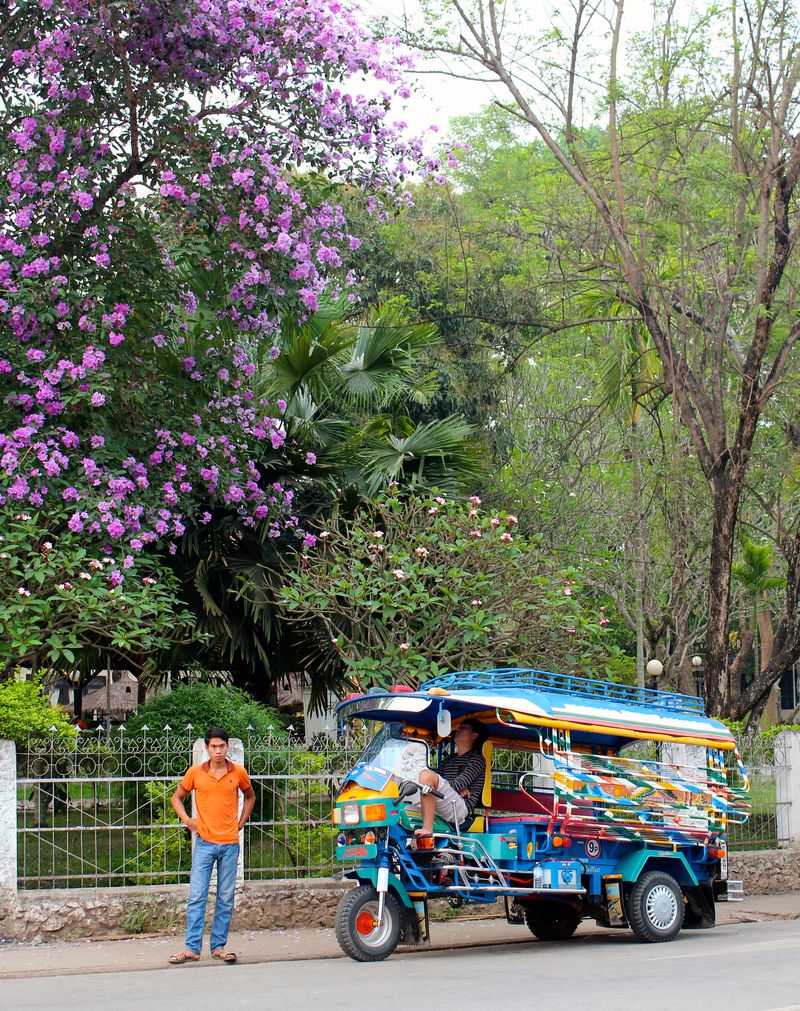 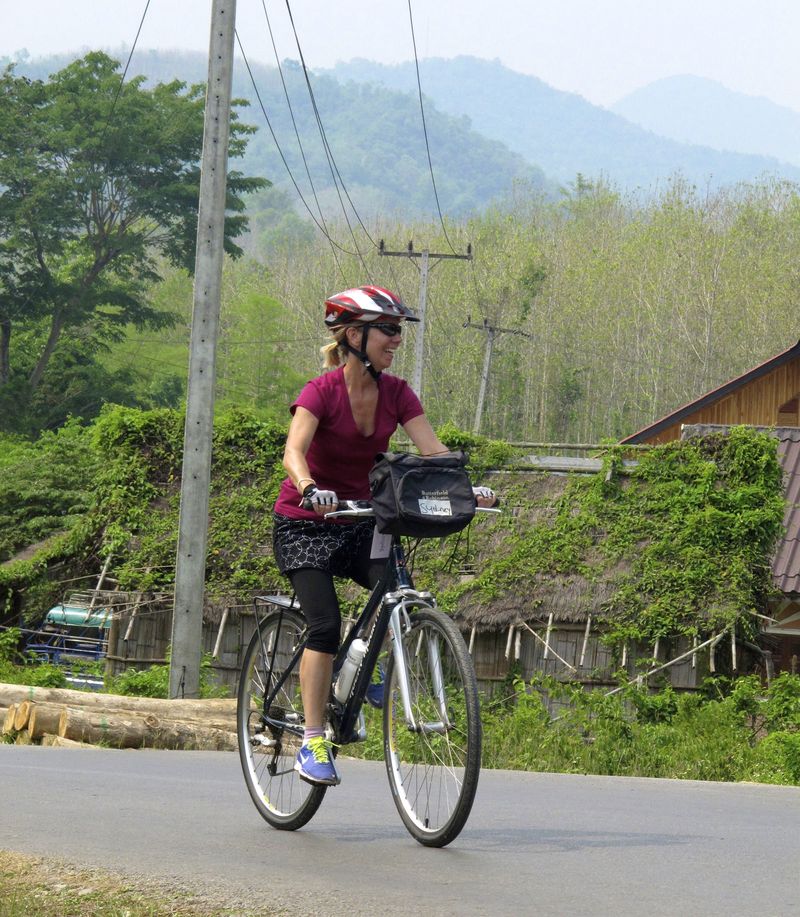 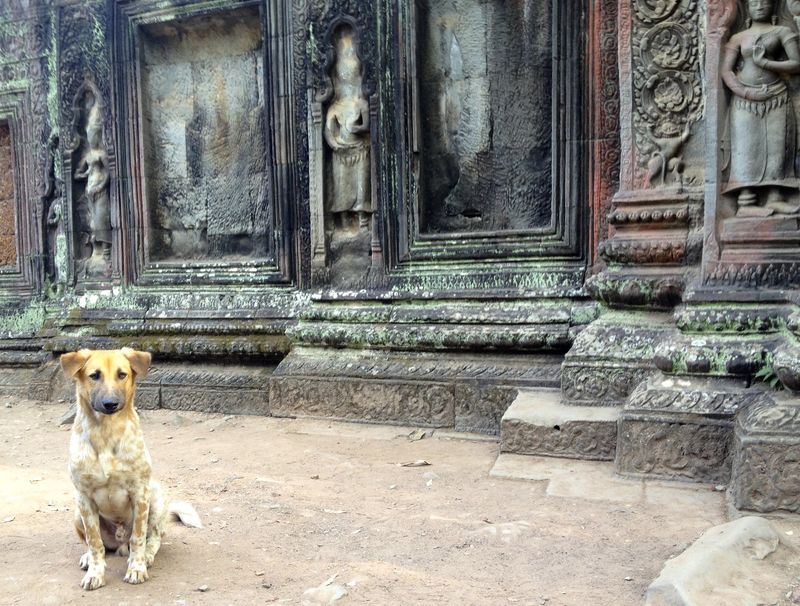 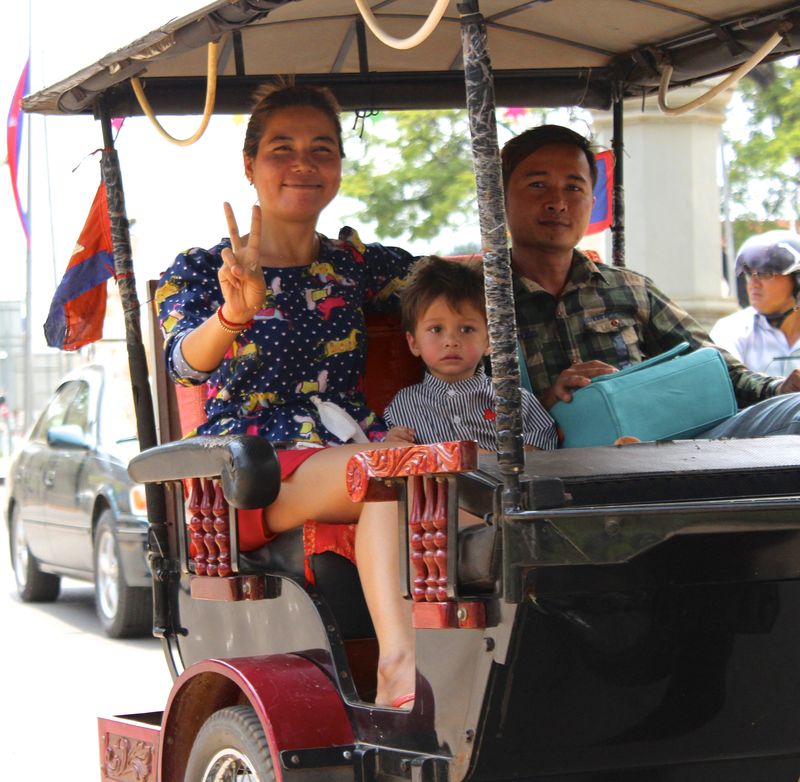 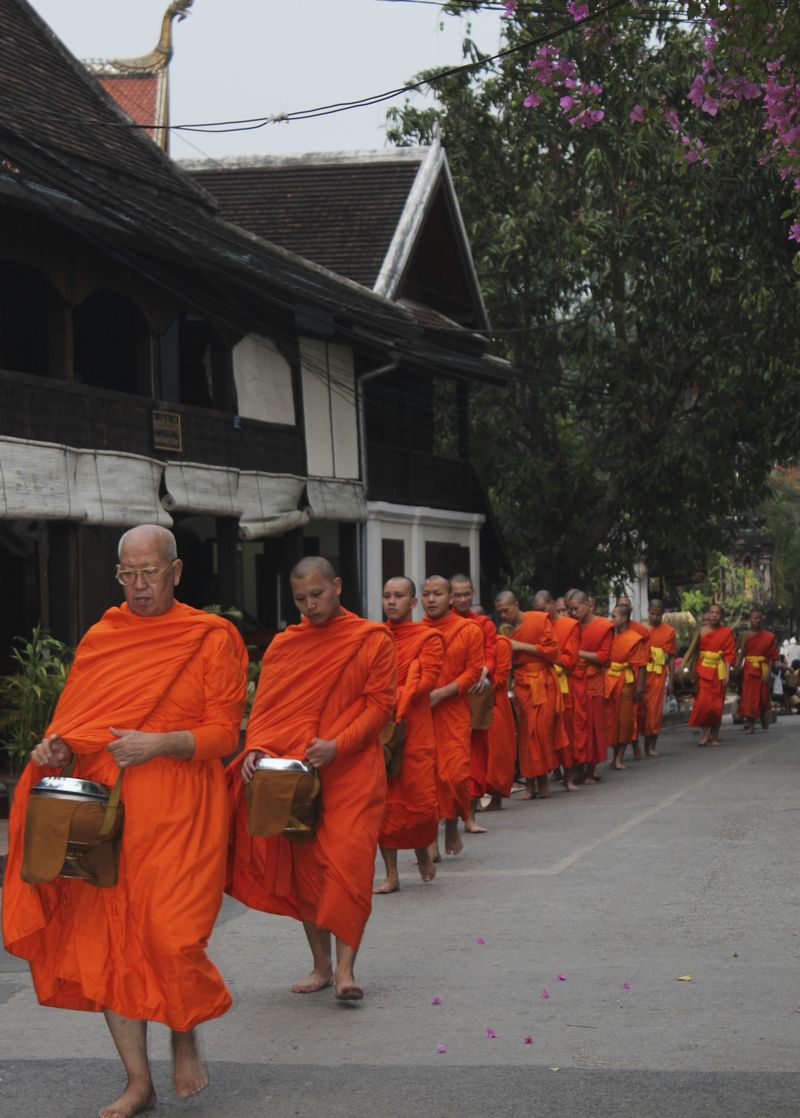 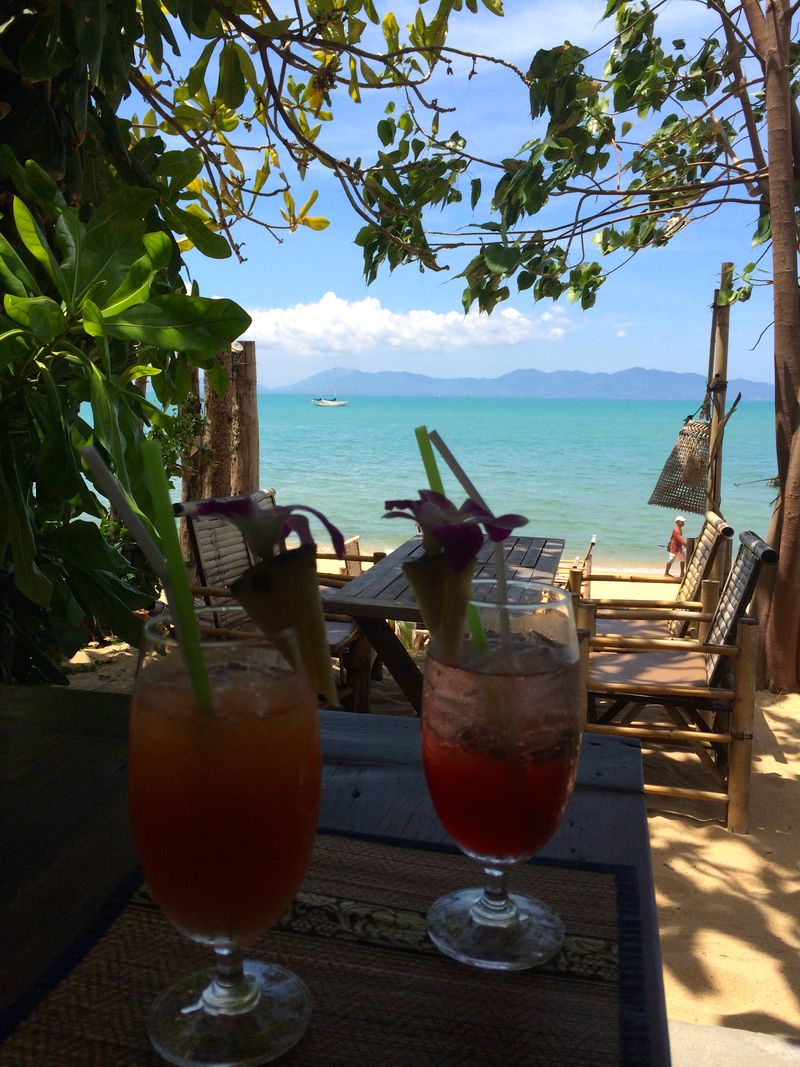 Posted at 08:44 AM in Traveling Tuesdays | Permalink

What an amazing adventure you had! I hope with time the memories will weigh even more towards the wonderful.

How awesome! Love your candidness. And the pictures! You are making me feel better about how cranky I get with the stresses of travel. I've decided four-day trips are the best... Unless I'm in Hawaii. Then two weeks still isn't enough. :0) Glad you are back safe and sound, with only a chigger bite rash for your trouble!

Yippee! I have now visited Asia,via your blog.I don't have to actually go.I am a reluctant traveler.I consider myself an educated, open minded and interesting person, but I have just never had that huge travel big people seem to have..I have enjoyed Hawaii, many Carribean islands, A Tall Ship cruise with girlfriends, a lot of cities in the USA, Costa Rica, Belize.. I like beaches.But we've done all that a few times over again.I am now kinda happy to explore Arizona, my home state, and maybe rent a mt. cabin in New Mexico and visit Northern California (WAY North..)

Asia? China? Europe? Just probably not. but I don't feel lesser for that decision.

Your posts are always fun to read!! thanks for sharing...

Enjoyed reading of your trip to Cambodia and Laos. Loved the photo of the monks.
We travelled through Vietnam and Cambodia in February this year and loved it. Such a different experience from travel in Europe or US/Canada. Friendly people, beautiful countryside and an insight into a very different lifestyle left a lasting impression for us.
The heat, yep, can get pretty draining by the arvo but we would have had less humidity as it was the dry season. I guess we also have pretty hot summers here in South Australia so a little conditioned.
We had a bet each way on our trip, with a week of biking and trekking in Vietnam (personal tour by Phat Tire Ventures) followed by a week or so on a fancy Mekong River Cruise. Loved both parts of the trip but very different experiences. All the local guides were just amazing. As you mentioned, their personal stories were just incredible and often sad.

We are thinking of doing another trip to either Burma or Laos. How did you find travel in Laos vs Cambodia?

I heard they just declared martial law in Thailand, so I guess you got out of there just in time. Anyway, a great adventure. I esp. like the Tuk-tuk.

Tom: Yes, we just missed that and an earthquake by a couple days!

Gouldee: So you know exactly what I'm talking about regarding Cambodia--definitely the highlight. Traveling in Laos was just as easy as Cambodia. Two couples on our bike trip had been to Burma and really loved that too so I don't think you can go wrong. Just don't go in April!

Madeline: Asia was never really on my list. But since friends were asking us to join them in Thailand, it just seemed like a smart thing to expand the trip. I'm glad I did, it was interesting. But it will probably be awhile before we would go back--Vietnam is the most likely candidate since we only got a little taste of Hanoi and really liked it.

Angela: Believe me we were often cranky! It was a tough trip. Like I said, fun and tough at the same time though.

Juhli: Well the photos help with that. I have almost 500 and they are really quite amazing. Especially as viewed from the temperature controlled comfort of my own living room!

Beautiful photos it seems that it's a forte of yours. Do you have to take antimalarial drug still and did you run into any expats while there? Welcome back:)

Fred: I didn't meet any expats--just locals and fellow travelers. We had to get a couple shots before we went but no antimalarial drugs for the spots we were visiting. (We were just supposed to wear repellent with DEET. Of course I missed a couple days--one resulted in those chigger bites!)

Love Asia. Will never return :)
We said living in Hong Kong in July was like sticking a wet vac into your lungs and putting it in reverse. I grew up in Phoenix, but have never been so miserably hot in my life.
Laos and Cambodia were way to dangerous when we were there. Thank you for the pictures! Saigon was one of the best cities we have ever spent time in. Put it mon your list if you return.
Don't worry, misery fades and become humorous. The memories, especially of the people, never leave you.

Jan: You hit it on the head "misery fades and becomes humorous." Once you survive it it's in you, isn't it?

Awesome! Sounds like one of those "what doesn't kill you makes you stronger" kind of trips. Asia's not on my bucket list - can you go to the Norwegian fjords next? Or at least before I do and report back? It's cool there... :-)

Jacq: Actually, I would like to go to Norway at some point. Good idea! Hey, looks like you just started new blog--I'll go check it out.

My mother's family is Scandihoovian by way of North Dakota, and it's much more interesting to think of going to Norway than to Fargo, ND (been there done that to visit the cousins - no wood chippers involved - lol). Am so out of touch with writing, it's embarrassing. Hope to get it back soon though (if I ever had it). Practice, practice.

Your pictures are beautiful and you look like you had a fabulous time. Really enjoyed the pictures- especially "cooling off". What a perfect picture for a wonderful vacation.

I just discovered your blog about a week ago. Your trip to Southeast Asia sounds like one of those special lifetime experiences. I got the sense that the tour you were on is not as tried and true as my recent trip to Italy. I have the impression that you were able get "cultural inspiration/appreciation" which is not always the case on the typical tour. Italy seemed to be a tourist mecca. Your travel log revealed the reflective nature of your experience. Thank you for sharing.

The photos were beautiful!