Are We Allowed to Be Happy Yet? 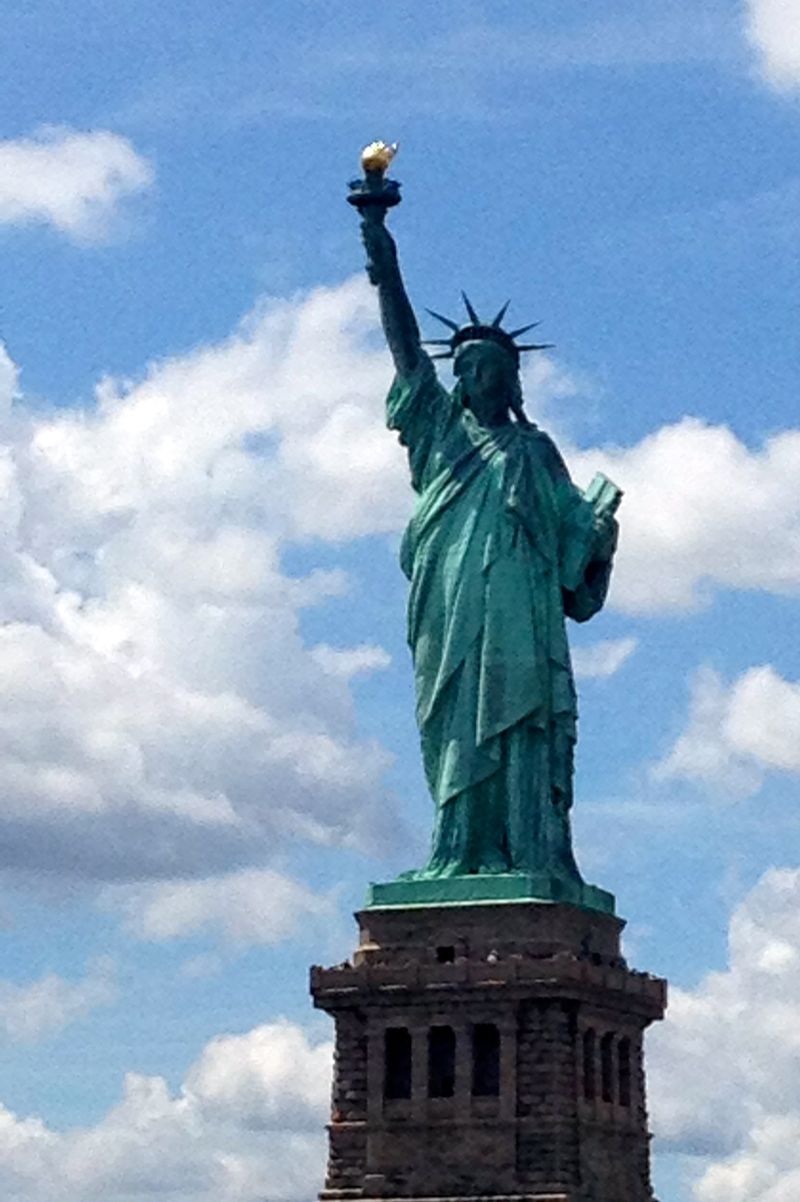 I’ve pretty much given up watching the “news” on the cable networks.  I have struggled with what I consider to be an unhealthy addiction to these newsertainment shows for many years.  I would start by surfing between Chris Matthews, Greta Van Susteren, and Erin Burnett, then move on to Chris Hayes, Bill O’Reilly, and Anderson Cooper.  Later I’d jump between Rachel Maddow and Megan Kelly and if I was still up for a little more torture, I’d catch a little Sean Hannity.

I knew it was bad for me, but I couldn’t stop.

A few months ago though, I noticed I was only watching three stories over and over again:  the Malaysian Jet channel, the Benghazi channel, and the Chris Christie channel.

Long before it got to this point I should have realized this activity was just raising my blood pressure and making me dumber.  Not to mention sucking up a bunch of time that could more productively be spent playing the piano.  Heck even cleaning the toilets would be more productive.

I subscribe to the Wall Street Journal and the New York Times.  So I finally decided to limit my news intake to print only.  I figured reading actual articles would be a big step up.  And it is.  But I read these papers on-line and I sometimes can’t help myself from reading the comments after the articles.  Again I’m back to newsertainment--long on opinion and short on facts.

I may have to move to the kind of print journalism that turns my fingers black.  Although I’m pretty sure I’ll succumb to reading Peggy Noonan’s weekly, The Bad News and Why It’s All Obama’s Fault column.  One step forward, two steps back.

By switching off the TV, I’m not avoiding news--I’m just avoiding being told what I’m supposed to think about the news.  I know what’s going on in Israel and in the Ukraine.  I know about the Hobby Lobby decision and that John Boehner intends to sue the president for delaying the employer mandate of the ACA.  I know that the unemployment rate is down to 6.1% and that GDP shrunk by 2.9 percent in the first quarter.  I know what’s going on along our border with Mexico and that Sarah Palin is calling to impeach the president over it.  It’s not hard to keep up without CNN, Fox, and MSNBC.

But even in non-opinion print journalism, it still seems like we’re not allowed to be happy yet.  All good news is tempered with a statement about why you shouldn’t be happy about the good news.

The stock market is at record levels (but whatch out for disappointing profits).  Unemployment is at the lowest level it’s been since the collapse of Lehman Brothers (but they are the wrong kind of jobs).  Corporate profits are higher than they’ve been in 85 years (but that isn’t helping wages).  Americans’ wealth has hit a record high (but it won’t help the economy).  The real estate market is growing again (but watch out when rates rise), and retirement accounts are at all-time highs (but we’re still headed for a retirement crisis).

I would just like to get my news without being told how I’m expected to feel about it.  I don’t have to be happy about everything, but can I please be happy about some things?  If we have to wait for everything to be perfect to be happy, we’ll be waiting a very long time.  Am I going to have to resort to getting my news exclusively through the comedy channel?

Evolving in Retirement.  Or Not.

Have You thought about just a weekly paper? I prefer The Economist myself. News and analysis in one package.

I stopped reading the NY Times and have switched to The Wall Street Journal. Just read the first one or two paragraphs of each article and that should be enough info to keep you enlightened.
You have to be careful, however, of NOT listening or knowing about the news. That's exactly what 'they' want: stupid, uninformed Americans, as when the news man on the street asks a passerby a news question, and that person knows absolutely nothing. Duh?
Bad news sells. Happy news does not, so you have to balance out your level of media intake.
FYI, Fox news, during the day, say around 2:30 or 3:30, when left on, with the sound just near hearing, so as the speakers are monotone, makes an excellent white noise machine and puts me instantly asleep for my afternoon nap.
I do like Fox News, don't get me wrong. I just didn't know they were so multi-talented. :)

Syd, I don't watch any of those 3 cable news networks because each one is just you described - the "All-Benghazi" network, the "Malaysian Jet" network, and the "Obama and Liberals Suck" network. I get my TV news from my local cable news channel (to get local news, mainly, C-Span, PBS, Jon Stewart, and Jimmy Fallon (more Jay Leno until recently). I stopped reading newspapers on any regular basis after I ERed.

I find that some radio news stations (Public Broadcasting Stations, in particular) give a reasonable overview of events. Not the shock jocks, of course (unless you want a foray into stream-of-consciousness insanity). And I avoid any and all of the cable tv stations - especially since I don't subscribe to cable tv. :) Which makes me VERY happy. And like you, I plan to avoid as much as possible those toxic people/organizations that are working so hard to take away my happiness.

Oops, Syd, I meant to describe MSNBC as the "Bridgegate Network," not Fox News twice.

Had to come over and see the long version of what you commented on my site. They gotta have something to talk about in those 24/7 new channels I guess but that doesn't mean that we must watch them. I too gave them up about 6 months ago and have not looked back since.

I really need to go on a news "diet". I am weary of contradictory stories (something is good for you one day, poison the next, the economy is great oh wait it is awful..." And when the media thinks there is some gory or tragic event we are interested in seeing over and over and over, that is what it dishes out, ad nauseum. I think I have started to feel that there are murderers all around me, and I have to really stop and think that it is a lot safer than that day-to-day. Yes, I need to watch no more than one newscast a day and enjoy my retirement.

What worries me is not just the news reporting, it is televised media in general. Let's face it, it shapes the lives of watchers. In my day sitcoms showed more realistic working class people, like the Jackie Gleason series and Laverne and Shirley. Today the characters all make living above one's means seem normal. In my opinion those are not the best values.

I've never been willing to spend money on "pay TV" so I have never had cable or satellite, just over-the-air (OTA) broadcast TV from an antenna in a tree. I only get PBS and CBS (Fox is a subchannel with CBS but it is of zero interest to me) via their mountain repeaters. So, TV news is the PBS Newshour, which I record with my DVR — yes, you can buy no subscription fee DVRs for OTA TV — so that I can skip segments that don't interest me. I also record and watch the PBS Nightly Business Report to see what is going on with the stock markets. Just the thing to listen to while fixing dinner.

So, no "shouting head" cable news for me. I never understood the attraction of such things. I get where you are coming from in cutting out those "news" channels.

I'm in the nervous hospital right now. Because facebook and Sheryl Sandberg got into my head and I get them out. Facebook's is not that bad but what that Sheryl tells me to do, well it's beyond the pale of human decency:)))))

fred: I thought she only tells women what to do!

PBS for in-depth news, and Jon Stewart and Stephen Colbert for "news" that makes me laugh... that's all I need. The rest is just junk as far as I'm concerned. Find your happy place and stay there as much as possible.

Syd, If you ever try to cancel cable I hope that you don't have the same experience that this Comcast customer had:

Oh Syd,
Three days in a row...Yay! You like us, you really like us! And we are so grateful. Keep 'em coming, as long as it doesn't interfere with your retirement schedule, lol!

Watching local Kansas news keeps me informed without a lot of commentary. They put out great "happy" stories.
NPR is on in my car for a bit of "what if" situation.
My congressmen all have "town hall" phone calls. Those are excellent! Even candidates are doing them now! It provides some good squirming since the calls are not screened (yet).
I gave up on newspapers.

Diane: I'm on a roll right now. Hope it keeps up. Thanks for the enthusiasm!

Enjoyed your article. The trick is to link what is on some of these news channels and apply it to your life. So when you hear that a politician is being disingenuous look where in your life you have done the same. It helps to lift our game. Also for every negative there is an associated positive and visa versa. At least that is how I look at things.