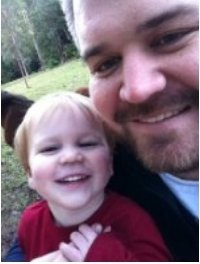 This guest post is written by David Downie, who was once an early retirement skeptic, but ultimately found himself retiring at the age of 38.

The following is an extract from his short ebook “Radical Immediate Retirement” (available from Amazon at http://www.amazon.com/dp/B00NP4U986), which he intends to be an easy to read book designed to motivate people to look harder at their options.

The mass of men lead lives of quiet desperation.

It is difficult to free fools from the chains they revere.

Before you Radically and Immediately Retire you need to look honestly at where you stand from a financial, skill and health perspective. Of course retirement depends on all three of these – not just money (which is what your financial planner would have you believe[1]).

Financially you should consider the market value of everything you own (less your debts). That means everything, including your shitty (or glitzy) car AND your prized home (if you own one). It is worth looking at your home in particular, as that tends to be the most emotional of a person’s assets as well as the biggest money sink.

Yes, I know all of your friends have a house. Yes, I know that ‘losing the home’ is the biggest financial fear of most. But if you want to escape the nightmare, you’ve got to take a good hard look at yourself - as though you were advising yourself professionally. The problem – how to stop work immediately and only do the things that bring you satisfaction. The solution? Well, the solution might just involve your house.

What would you tell your friend who wanted to give up work if he had, say, a $500,000 mortgage and was paying it off with a $75,000 salary? It would be pretty darn obvious wouldn’t it?

He would sell the house, kill the debt, take the cash and solve the housing problem another way wouldn’t he?

Or perhaps he (or you!) could rent the house out? If you can rent the house out for say $25,000 a year, and have over $20,000 clear after expenses and taxes, then, guess what, if you can live on $20,000 a year then YOU ARE COMPLETELY RETIRED AND NEVER HAVE TO WORK AGAIN FOR MONEY.

Couldn’t you? Almost every single person in the history of the world does. Most people alive at this very moment do.  To them you would be a pension-carrying millionaire.

Are you that greedy that you aren’t happy living on an income that is greater than almost every person alive (when looking at things globally)?

Are you that inefficient?

If you applied the sort of brain power that you clearly had to be able to pay the house off to living on 400 bucks a week don’t you think you could?

This is in effect what most of the early retirement crowd out there encourage you to do: save enough cash and invest it (typically in shares) so that the expected returns are enough for you to live off forever. What’s attractive about the combination of simple (efficient) living and saving the vast bulk of your salary is that if you are disciplined enough you can reach financial independence in as little as 5 years.

One of the giant brains out there who has been hugely influential to many is a fellow by the name of Jacob Fisker of www.earlyretirementextreme.com. He was working as a theoretical physicist (really) when he tired of it all and saved enough to retire forever some time after 3% of his investments covered his living expenses of $7,000 per year. He was 33 years of age when he retired.

Among other things Jacob has used his math brain to assert that a 3% withdrawal rate from your investments is likely to be sustainable over a lifetime (meaning that you shouldn’t run out of money and inflation is covered).

The paradox of this well-meaning fellow is that no later than two years after he ‘retired’, and having published some wonderful articles and a dense textbook about the freedom of not working in a cubicle for a living, he promptly went back to full time work in the financial sector! He has remained there for some years now.

That doesn’t detract from his writings though, and you should seek them out regardless of the approach you take. While his life is his to lead, it’s comforting that he has retained his financial independence (which perhaps is a better word than retirement when you swap one full time cubicle career for another), in the sense his expenses are more than covered by his passive income. He can literally do what he wants, and if what he wants to do (for now) provides him with cash then good for him!

In fact, that’s the difference between the classic early retirement approach and Radical Immediate Retirement. Early retirees will typically tell you what everyone tells you – save money for retirement. They will also tell you to spend less. The more you save (and invest) and the less you spend the faster you will be able to live off your investments and retire to do as you will.

RIR, on the other hand, doesn’t involve any further capital accumulation (saving money in the hellhole for years). It’s about getting out right now.

It may well be that when you stop and consider what capital you have accumulated over your working life you are surprised with the outcome (the capital in your home for instance, when used as an investment rather than a money sink).

But regardless of what money you have, if any, if you have any spark in you whatsoever you are likely not to spend your life vegetating or playing golf. Instead you are going to do what takes your fancy. And if you are clever enough to have read this far, then chances are that deep down you are an interested and capable person who is going to use his or her newfound freedom to do some extremely cool stuff.

Some of that activity is likely to be income producing. The less money you have invested, and the less efficient you are at living, the more desirable an income producing activity will be. But in the most part, it is likely that you will just follow your interests, and commercialization opportunities will present themselves. In effect you will be learning new skills, having fun, and doing things that you get a jolly out of doing. It might be spending one day a week looking after guide dog puppies. It might be writing an ebook about pelicans you have rescued, or your year volunteering for board in the French countryside.

It could even be working in the finance sector – if you have an enormous and peculiar brain and enjoy that sort of thing. Or better still, starting an online business that gives you pleasure (in a boss and systems kind of way) – designing the whole thing from the ground up as being something that doesn’t demand much of your time.[2]

Either way, you have escaped the nightmare grind, freed yourself by living as efficiently as you have to given your skills and resources, and spending your time free to do the things you want to do.  Depending on the frequency and nature of the commercialization, and your increasing skill set and resulting living efficiency, you may find you have cash left over which can be invested. That way, your passive income should increase in time with a resulting increase in lifestyle or decreased need for commercialization (depending on your fancy).

2 This is the model of the Four Hour Work Week by Tim Ferris.

Posted at 10:41 AM in Retirement | Permalink

All sounds like a dream. Do you have medical insurance?

I always take these early retirement strategies with a grain of salt. Rule of thumb, a $500,000 home has at least 2.5% worth of upkeep, insurance, maintenance etc. etc. How the author calculated only 1% or $5,000 per year should give one pause.
I loved the one where an early retiree touted their great retirement lifestyle and financials, only to accidentally discover they were bought out by their employer and given a huge amount of early money. Yup. They forgot to mention that little detail. Once the money ran out (and it always does) they stay home and babysit now.

Well, as Syd well knows, I did it the old fashioned way: make up a budget, scrimp and save until my savings were enough to cover my budget, using conservative projections, until I reach Social Security age (since I can live comfortably on SS). And then pull the plug on my career, helped along by a downsizing by my employer. My early retirement was sudden, but meticulously planned. Yeah, maybe not as exciting as just chucking a career and winging it, but just as satisfying, I think, because I earned it.

Looking back on early retirement sixteen years later, the big unknowable was, indeed, health and health care. With the tremendous increase in individual health insurance costs during the first dozen years of early retirement — 20% to 30% per year(!) — I figured that I would eventually have to "go bare" and trust to luck. The Affordable Care Act changed all that. Now I can continue to easily afford health insurance until Medicare age (assuming Congress doesn't kill the ACA).

However, I do agree with the author's thesis that one can live a thrifty life and be happy and content. And I am keenly aware that the vast majority of people on this planet make do with a lot less.