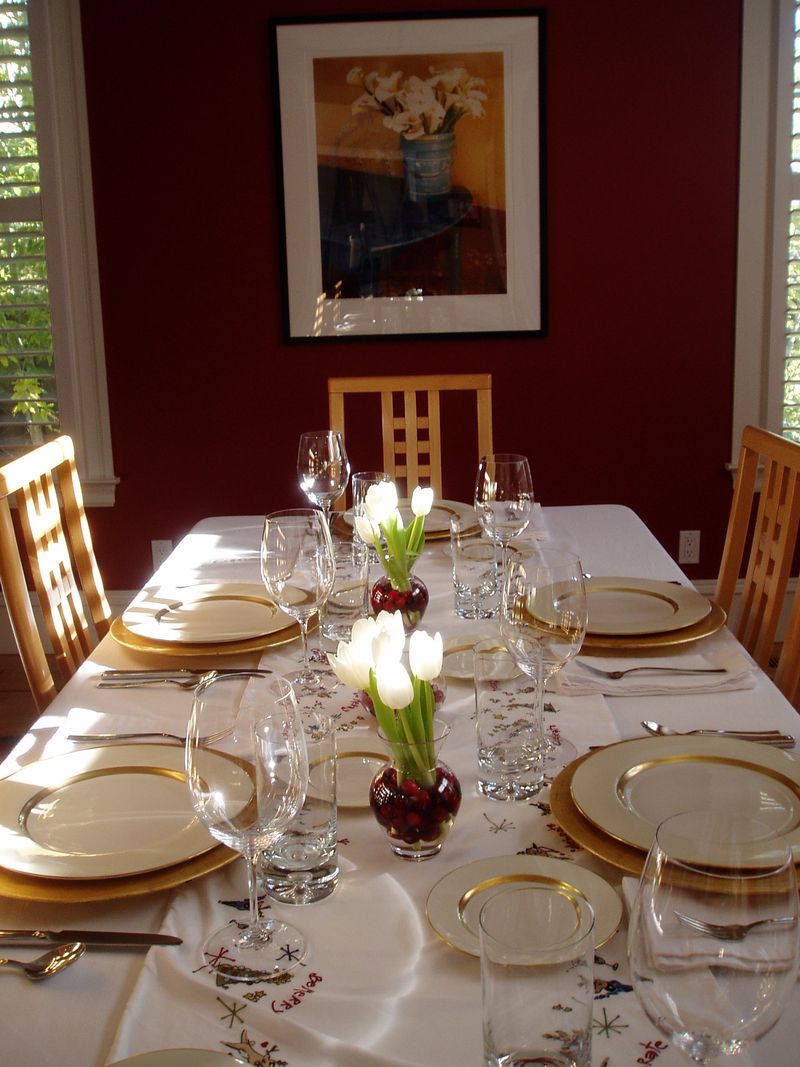 I know for certain that I would have been the kid that waited and earned more marshmallows.  As I described in that previous post, I used to make my Halloween candy last through Thanksgiving, metering out one portion of candy a day for as long as it lasted.  Not many kids do that, I think.

Two of my girlfriends took me out to lunch this week for my birthday and we reminisced about our childhood Christmas traditions.  Much like my approach to Halloween candy, I learned that my childhood approach to Christmas was not the norm either.

My friend from Ireland shared her memories.  Apparently, Santa doesn’t wrap presents for kids in Ireland.  When you wake up on Christmas morning, your gifts are right there, out in the open--sometimes right next to your bed to greet you first thing when you wake up.  Only the presents from your parents are wrapped.

My other friend told me that in her family, they opened family gifts on Christmas Eve, and then Santa’s gifts first thing in the morning.  Her presents were in the traditional spot.  Here in the U.S.  Santa comes down the chimney, eats his treats, and then leaves the wrapped gifts under the tree.

In both cases, when presents were opened, it was a free-for-all.  Everyone opened their gifts at the same time and by 10 am, Christmas was over.  Well the gift part anyway.

Not so in our house.  And let me be clear--this was not driven by my parents.  I ran the show when it came to Christmas.  An only child, I was a bit bossy.  Maybe I still am.  But back then even my extended family indulged me.

So I made everyone wait to open gifts until after dinner.  I didn’t want it to be over.  I wanted the anticipation of gifts all through dinner.  I wanted to save the best part for last.  And, it was no free-for-all at our Christmas.  I always played Santa, handing out one gift at a time for everyone to watch while the recipient opened his gift.  It took hours and I loved every minute of it.

So it’s kind of a wonder that I don’t allow Christmas presents anymore at Christmas.  For adult Sydney, it’s all about the dinner.  We have a long cocktail hour and a leisurely dinner.  I love all the preparation, and I don’t mind the clean up at all.  I love having everyone over, in fact I prefer it to having others host holiday meals.  I hate it when people try to help me clean up, and I have a hard time allowing people bring any food.  I just want my guests to relax and enjoy.  Since I have no stress from holiday shopping, I want everyone to enjoy an evening together, free from chores or stress.  That is all I ever want for Christmas now.

Whatever your your holiday traditions, have a wonderful one!

Picturing Retirement:  Bring it on Santa!

Living in the Moment in Retirement

We have a 3 year old so it's all about gifts at this point. We'll let him open everything in the morning. He's getting some lego sets and a basketball hoop. It'll be a lot of fun tomorrow. Merry Christmas!

You may already read Michael Kitces, but in his blog post today, one of the things he comments on is the joy of anticipation. https://www.kitces.com/blog/happy-money-and-the-science-of-spending-how-money-really-can-sometimes-buy-happiness/#more-5581

When I WAS a kid, it was a free-for-all. When I HAD kids, we did it one at a time. I guess I've matured! But, honestly, the important thing is not how you do it, but that you're surrounded by friends and family and the people you love. And so merry Christmas to you and yours!

Joe: As it should be when you are three years old.

Don: Thanks for that link, that was a great post and now I'm very interested in reading that book (and also maybe getting a Roomba.)

I vote yes on the Roomba. I'm on my second vacuum and 3rd floor washing unit (Scooba wasn't good for the hardwood floors but the Braava or Mint is fine and I think the Braava is on sale now). They run pretty much every day in my house.
What you could do is go to Bed Bath and Beyond and look through their returns bin. I picked up my last roomba at 50% off that way.