How Not to Be a Burden on Your Kids

I'm very excited to report that I have been asked to join the Wall Street Journal's esteemed panel of experts who write about retirement topics on WSJ's blog, The Experts.

I'm taking an adult education class this quarter called "Roadmap to 100," about the keys to longevity.  We've only had one class meeting, and already I've got tons of tidbits I want to share with you all.

It continues to amaze me how some people seem so old at 62, while others seem so young at 92.  Our professor, an 84-year old former doctor, who runs one marathon a year and is taking no medications, is exploring with us what accounts for those differences in how we age.  The great news is you have more influence than you might think.

Anyway, the focus is not so much on making it to a particular age like 100, but to make it to whatever age you're going to make it to in the best condition possible.  Increasing the healthy years and minimizing the years spent with debilitating conditions.

Because the goal for most of us is to live independently, on our own terms, for as long as we can.  That's the subject of my first post, How the Elderly Can Stay Independent Longer.   Hope you'll take a moment to head over there and peruse the posts of all the experts!

Posted at 11:55 AM in Happiness, Retirement, Wellness Wednesdays | Permalink | Comments (9) 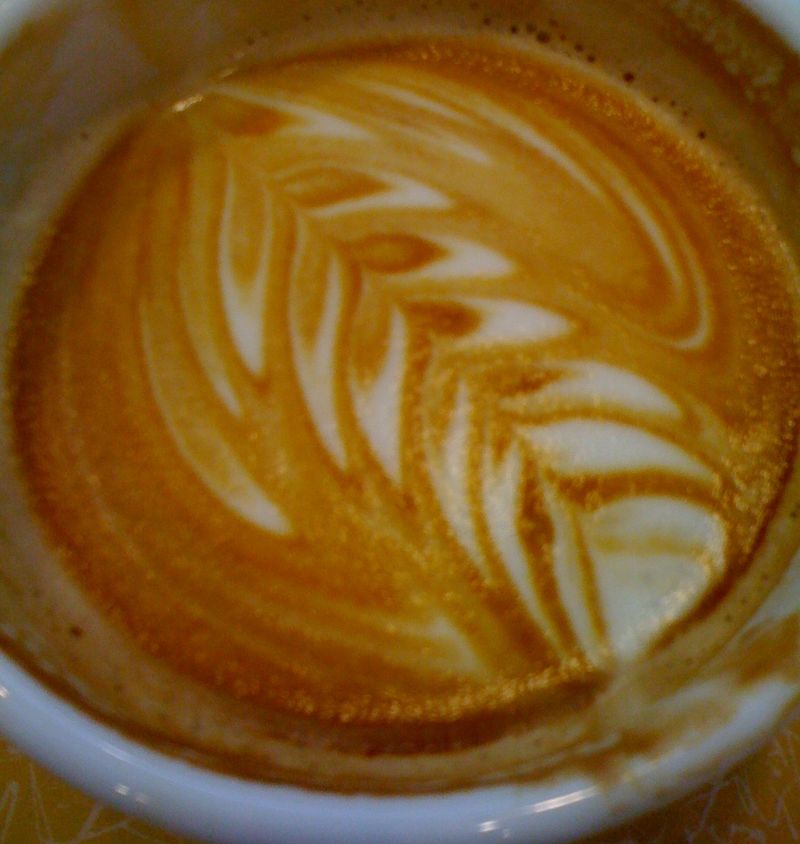 I’m at a bustling coffee shop today.  It looks like one of my New Year’s resolutions is going to run me about 10 bucks a week.  That is if I find a different coffee shop with free parking.  This one has great coffee and great energy, but it costs another dollar an hour to park here, so maybe this one is not going to work.  It probably shouldn't have to cost so much to accomplish my new year’s resolution.

I have two resolutions actually.  Let me start with the other one first.  It’s worth noting, by the way, that despite the fact that most people don’t keep their resolutions, there is research showing that adopting a resolution at the beginning of the year increases the odds of achieving it.   And according to this NY Times article, it’s not enough to have a well-intentioned action plan, you need to “begin with the end in mind."  And publicly declaring your goal apparently works better than keeping it private.

Not giving a shit

So, I’m going to start with the other resolution first, the one that doesn’t cost anything.  In many ways it’s the harder of the two because I haven’t actually figured out the well-intentioned action plan to make this one happen.  My uncle inspired this resolution.

I was lamenting to him on New Years Day about how I tried to play my new boogie-woogie song on the piano for my Christmas-dinner guests.  I’ve been working on this song for about a month.  I have so much fun playing it when no one is at my house.  And I play it really well, if I do say so myself.

But in front of people, my hands shake.  My tempo speeds up.  I trip all over the keys.  I can’t do it!  I love playing the piano for hours on end by myself.  I don’t even feel guilty for not doing something more productive.  Then I play in front of people and it sucks.  And I don’t love it.  And I feel like people are thinking, “Really, you’ve been taking lessons for two years now?”  (And in case you didn’t get that tone in writing, it doesn’t read, “Really, you’ve only been taking lessons for two years now?”)

So there is a resolution that I would like to incorporate into every crevice of my life, not just the part of my life that involves playing a song on the piano in the presence of other human beings.

I'm not really sure how to accomplish this one though.  Any advice would be welcome.

Ever since I retired nearly seven years ago, I’ve wanted to write a book, someday.  And even some years I have thought, “I’m going to write a book this year.”  But then I don’t.

So this year, I’m not necessarily going to write a whole book.  And I’m certainly not going to worry about actually publishing a book.  For now, the goal is to work on a book regularly.

That’s where the coffee shop comes in.  I am going to go to the coffee shop two or three times a week to work on the book.  Maybe working at that rate means I’ll have a book in three years, maybe it means six months.  Who knows?  But I’m committing to the process, and even more importantly to enjoying the process, like I enjoy playing the piano.  And I really enjoy writing at the coffee shop.

You may be thinking that I should be able to sit down and write for a few hours a few days a week at home—for free.  But you’d be wrong.  And you know what they say about insanity, trying the same thing over and over again and expecting a different result.

At home is my piano, which we’ve already established tempts me to sit down and play for hours at a time.  At home is my actual home, which seems like it always needs to be cleaned, or at least tidied.  At home is my yard with weeds and overgrowth.  And Wi-Fi--that’s at home too.

Here at the coffee shop it’s just me and my computer.  And I already paid the parking meter, so I might as well stay until it expires.  Hmmm, that might be a good reason to pay for parking too.

Ok, so here’s how I work on both resolutions at the same time--blogging about it.

My very favorite writing teacher advised a classroom of us aspiring writers to go ahead and write our books but don't tell anyone about it.  Everyone will have an opinion that they will want to share with you.  People will ask you all the time, “How are you doing on your book?”  There will be too much pressure.  I think what she was really saying is that you’ll care too much what people think.

But the New York Times says that publicly declaring your goal is supposed to work better than keeping it private.  So I'm telling people.  And that gives me some good practice not worrying about what people think!

May all your New Year’s wishes come true!

Using Retirement to Get Really Good at Something