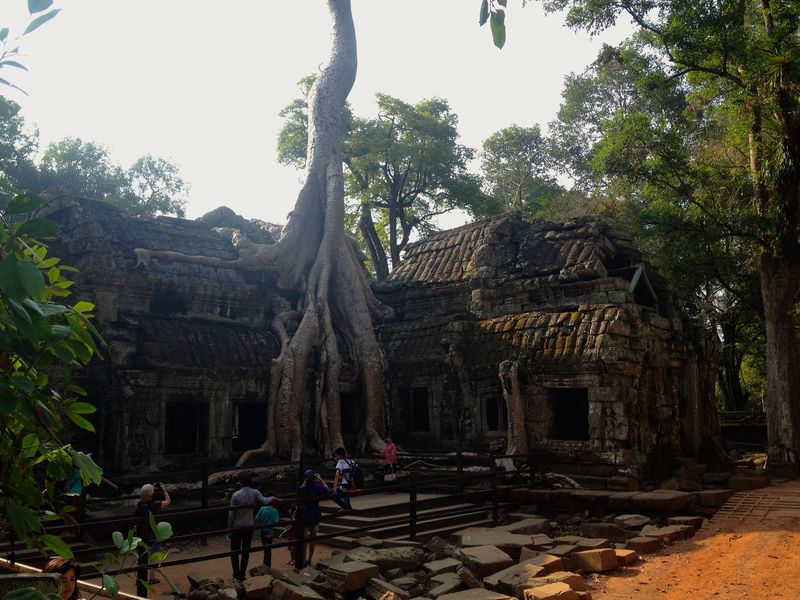 Yesterday I wrote about the 4% rule and why I still think it’s a great place to start your retirement plan, despite the rule’s detractors.   A few days ago, a reader sent me this New York Times article (thanks DGP):  New Math For Retirees and the 4% Rule.

The article gives you a great rundown of the 4% rule and also touches on some of the criticisms:

"In a recent analysis, Mr. Pfau compared several withdrawal strategies in an attempt to illustrate how spending patterns might change to guarantee that a portfolio will last for 30 years, even if low rates persist or retires face some other awful combination of events.

He found that people who spend a constant amount adjusted for inflation — similar to the 4 percent rule — would have to reduce that rate to 2.85 to 3 percent if they wanted assurance that their spending would never have to dip below 1.5 percent of their initial portfolio (in inflation-adjusted terms).

That’s the trouble with this strategy. 'Most of the time, you underspend,' said Mr. Pfau, who is also a principal at McLean Asset Management. 'Yet you still run the risk of running out'."

So the risk is that you wind up dying with a bunch of money if the market did really well, and a tiny bit of money if the market sucked.  Right.  That’s always how it worked, irrespective of the current low interest rates or sequence of return risk.  So again, I don’t see this as much of a problem.  We use the 4% rule as a starting point to be really conservative, to save us from constant worry about the worst-case scenario, and to give us a target savings amount.

When you build your base retirement budget, a certain portion of it will be for mandatory expenses like property taxes, groceries and utilities, and a certain portion will be for discretionary items like vacations, dining out, and entertainment.  During our firs two years of retirement we did all of our travel through home-exchange, spending only one-third of our vacation budget in both of those years.

But don’t stop there, it’s possible you can shave something in the fixed-expense category too.  In the case of this Great Recession, property values tanked, and we were able to apply for a significant reduction in our property tax assessment.  One that still saves us money today even seven years later!  The greater the percentage of your budget that is discretionary, the greater your flexibility in making adjustments is.

Look at your passions.  While writing and blogging aren’t significant sources of income to me, they do pay enough to fund another of my passions:  piano lessons.  Maybe one of your passions can help pay for another.  Hey, even making restaurant reservations through Open Table can rack up enough points to buy you a free dinner down the road.

Sell a little bit of your talent.  While I never thought I’d work again in my old field after I retired, a part-time consulting gig fell into my lap a couple years into retirement.  I worked as a part-time contract CFO for two years, the income of which covered all of our retirement budget those years.   We did also dip into our nest egg for a few extras those years like a new car and a couple of extravagant vacations, and we still came out ahead of plan.

Sell some of your extra time.  Last year when we were on our annual month-long home exchange to New York, we tried Uber for the first time.  The driver that delivered us to Newark Airport was a retired engineer.  He said his wife got tired of him hanging around the house, and told him to go get a hobby.  So, whenever he feels like it (or maybe whenever she feels like it), he turns on his Uber App for a few hours and drives people around.  He enjoys some social interaction, and his wife enjoys a break.  Cheaper than marriage counseling.

Today’s sharing economy provides easy opportunities for freelancers to get out of the house and make a few bucks, as little or as much as they want.  Driving for Uber, running errands for TaskRabbit, or parking cars for Luxe--those are just a few of the new ways to make a few bucks from your excess time.

Sell some of your stuff.  A couple of our friends moved from San Francisco to Portland and got rid of a bunch of furniture before the move.  I wish I knew this before I gave a bunch of old furniture to Goodwill a few months ago, but they sold it through an on-line service called MoveLoot.  I never considered CraigsList because I didn’t want to deal with people coming to the house to look at stuff.  But Move Loot takes it away and sells it for you.  You keep less of the proceeds, but 50% of something is more than 0% of what I gave to Goodwill!

And it’s not just furniture.  We’ve been on a closet-cleaning binge lately and found hundreds and hundreds of music CDs.  All the music we listen to is now saved as MP3’s on our devices, or is through on-line radio stations.  Those CDs were just taking up space.  So Doug found a service called Decluttr on-line and so far we’ve made 160 bucks getting rid of CDs.

Look at your housing situation

This is one that keeps haunting me.  If I die at the end of my retirement while still living in my current house, that’s 22 years of living expenses that I could have funded with that money.  Put another way, I can move to a smaller house, or a less expensive area, or take out a reverse mortgage at some point and get to spend a bunch more money while I’m alive.

Or we could sell the house at some point and use the money to rent instead of own in the final decades of our lives.  Sounds kind of nice to have someone else responsible for repairs, maintenance, and of course property taxes.  In fact, if I sold my house right now, I’d reap enough to rent a really nice place for the next 50 years.  Well, maybe 40 when you consider rent increases.  But still, you get the point.  A lot of dough is trapped in there.

Retirement planning isn’t really as risky as the headlines scream.  Don’t just consider your retirement assets, consider all the ways you can leverage your human capital, your real estate, your ability to make adjustments in spending, even the possibility of inheritances.  Start with a base, like the 4% rule, and realize you have lots of ways to stretch that in a pinch.

How to Juice Up Your Retirement Returns

Have Miles, Will Travel

Retirement:  Cheaper than You Think?

Posted at 10:06 AM in Money Mondays, Retirement | Permalink

Keeping costs low and being flexible is huge in retirement. If the market dips for a few years when I am not employed by a day job with a constant paycheck, I'm okay with cutting back a little bit and maybe saving travel for another year. Great points!

I love that concept: resilient retirement.

The formula (which assumes a 4% Safe Withdrawal Rate), solves for the size nest egg you would need in order to have a !00% cushion for your mandatory expenses net of pensions and/or social security. It also sets you up to have a discretionary budget equal to one's mandatory expenses, which is pretty generous.

(I really like that formula and I intend to find a way to use it as a concept fulcrum for one of my own blog posts.)

Of course, you are right about the importance of lowering one's mandatory expenses as much as is reasonably possible. I managed to lower them by 42% from the time of my "earlier retirement epiphany moment" to when I actually retired. And, yep, leveraging my housing situation by relocating to a much more reasonable cost of living are factored big time in that 42% reduction. The net effect was to advance my earlier retirement date by some 7 years! Not to mention the increased financial resiliency that has given me in my retirement.

Retired to Win: That's a great example of something I wrote about a long time ago. Instead of multiplying your expenses by 25 and seeing if you've achieved a large enough nest egg, you might approach it by dividing the nest egg you have saved by 25 and ask yourself, what can I do to live on that now? Is it worth those cuts to be able to ditch my job now? I did that and kept asking myself that question over the years until I decided, yes, it's worth it now.

I have a question re social security that I hope to get some input on from Syd or other readers. My wife is a school teacher here in California and because she will get a pension she cannot collect my social after I pass away. So my thoughts were to collect SS early and leave as many of our assets in place for after my demise. I assume she will outlive me by a fair number of years, also if she dies first I get her pension at 100%. So am I thinking clearly on this?

Mark: Wow, is that really true? I thought spousal benefits were available to anyone whose spouse qualified for Social Security. But if that's the case, it does sound like your plan is better than waiting.

Mark: I did a quick search to educate myself. I see the rule now: http://www.socialsecurity.gov/pubs/EN-05-10007.pdf. Her spousal benefit would be reduced by 2/3 of her CALSTRS pension payment. So I guess, if the pension is large enough, that reduces the SS payment to zero in your case?

Heh, you might be interested in retirenowau.wordpress.com. It looks at different types of spending patterns in retirement.

If all the mp3s you now listen to came from those CDs, if you sell the CDs, you no longer have rights to retain and enjoy those mp3s. You might not care about copyright infringement, but just some food for thought!

Great way to view the possibilities people have in retirement. I knew a few of the ideas you mentioned but you worded them in a fashion that people should take your advice. Its simple to just stick with the 3 or 4% rule, but with a little bit of hustle people can supercharge spending or saving in retirement. Good Luck and PS I would rather sell the house and not do a reverse mortgage. (They are sharks)

Joyce Wayne has talked about comparing the retirement "dream" vs the "reality" when it comes to financial retirement planning. Dealing with unexpected turns in the market, the occasional mistake, and ultimately taking control your future. http://www.retirementmatters.ca/blog/2015/6/30/dreams-and-reality-part-1

I totally hear you about needing to rethink your housing. I have some friends that retired in Tennessee: one of the lowest costs of living in the US. Plus they bought a house here: http://www.visitsaddlebrook.com for under $100k and love it!!!!