Maybe Men Aren't Boring After All 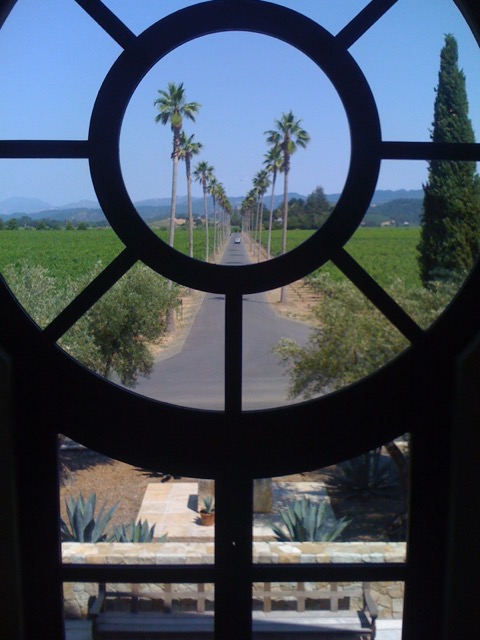 (Photo Details:  The View from Round Pond Winery, Napa Valley)

As I mentioned last week, I’m planning on writing a series of posts comparing the early days of retirement to retirement now, eight years later.  You know—now that I’m a professional retiree.

First I thought I’d start with the issues that concerned me before I actually left the workforce.

My very first blog post was in October 2007.  I had already informed my employer several months earlier that I would be retiring.  I had agreed to stay in my post until my replacement was hired.  (If I had it to do over again, I would have put a specific end date to the task!)  I think by October we had identified my replacement, but he wouldn’t be starting for a several more months.  So by then my patience to just get to the finish line already was wearing thin.

My first post was Hate Your Job?  Join the Club!  My neighbor teased that hating my job put me in a very select group of people called EVERYONE.  Which made me wonder then, why “does almost EVERYONE, when I tell them that I'm retiring, ask me ‘but what will you DOOOOOO?’ “

After several months of fielding this question, I realized that it was mostly men who were perplexed.  The majority of women in my circle had no problem picturing what they would do with their time if they had a whole lot more of it to spend on anything they wanted.

So in a gross overgeneralization I concluded that men are boring.

Well even back then, I had several male readers chime in, “I’m not bored, I love retirement!”   And at least one woman countered that she did find retirement boring.   Then of course over time I “met” several happily retired male bloggers.  (I’m looking at you Bob, Tom and Dave).

A couple of weeks ago I attended a cocktail-party--a reunion of tax accountants from my first job out of college.  Either none of my former coworkers are retired or none of the retired ones showed up.  In any case, I was the only one I knew there that was retired.

One former colleague admitted that he didn’t know what he would do if he was retired.  I apologized for making what was going to be a sexist remark, and then told him I think this is more of a problem for men.  He surprised me by agreeing with me.  He said that his whole identity is wrapped up in his work.   It wasn’t a question of being bored (or being boring as I had put it years ago), it was a question of finding a new identity.

And I admit, that is a tricky one for men and women alike.  It’s why cocktail parties are so hard when you first retire.  You feel self-conscious that the things you are occupying your time with in retirement aren’t interesting enough to others.  You feel like your old work identity was more interesting.  You feel like others are judging you now.

Boredom is easy to combat in retirement—it’s not hard to find stuff to do.  But finding stuff to do that makes you feel good about yourself--that takes more time.  Once you discover the things that are meaningful to you, the things that you are passionate about, the things that make the time just fly by--that’s when you’ve found your new identity.

And here’s how to know when you have found it.  When you’re at a cocktail party babbling about blogging and describing the joys and challenges of learning to play jazz piano, and you don’t even care that your former colleagues’ eyes are glazing over.

For another blogger’s take on the retirement identity crisis, here is Ted Carr’s post:  My Identity Crisis.  (Check out his blog and podcasts at Retirement Journeys)

Yes There is a Difference Between Men and Women

I Work, Therefore I Am